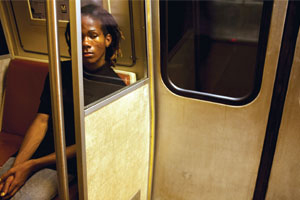 Nothing frightened Kenneth Jones more than the prospect of his first real date. He prepped for it like a court appearance, saving up for a black button-down shirt and for a salon treatment to tame his spiky locks and paint his nails with intricate black-and-gray swirls. He still remembers those last anxious teenage moments. “A lot of mirror time,” he recalls. “Tons of mirror time.”

He needed this to go well. As a gay foster child in Washington, DC, Kenneth spent most of his weekends alone. By the summer of 2009, the isolation had gotten so bad that he’d started calling his cell-phone carrier’s help line with imaginary complaints, just so he could vent to somebody about something. He would even text himself encouraging messages, like “Good job,” or “Damn you so strong.”

He needn’t have worried. Kenneth and his date took an afternoon swim, made out during G.I. Joe, and finished the evening at Chipotle. More dates followed. After a few weeks, taking his new boyfriend home seemed like the natural next step. And so it was that James, Kenneth’s foster father, returned to the apartment one night to find the boys talking and laughing in the front room. The introductions immediately turned into what Kenneth calls a “life-or-death situation.”

James wasn’t blind to his foster son’s sexuality. The young man was decidedly out—preaching tolerance at school assemblies, appearing on teen panels, and advocating gay pride in rainbow pamphlets. He even showed up to court hearings wearing lipstick. Privately, though, James dismissed all of it as a phase. And Kenneth, to avoid rocking the boat, had downplayed his sexuality at home—until now.

When one youth-services nonprofit surveyed its 246 foster families, it found only 21 who were willing to accept a gay teenager.

When James—a retired demolition worker with missing front teeth and a heavyweight’s body—saw Kenneth with his date, he grew livid. “What are you doing bringing a boy into my house?” he screamed, according to Kenneth. He ordered them out, but the boy stood his ground. James got up in his face. “I’ll kick your asses,” he threatened. Taking him at his word, the couple fled, with James chasing them down the stairs and out the door. The boyfriend called 911.

One of the responding police officers wrote up the incident as a “family disturbance” related to Kenneth’s sexual orientation. James evicted him then and there. With the cops in tow, Kenneth stuffed some clothes into a bag and split. For a few nights, he squatted at his godmother’s apartment, but it wasn’t a permanent option. “I just thought, ‘God, I really fucked up,'” he recalls. “It felt like I lost everything.” 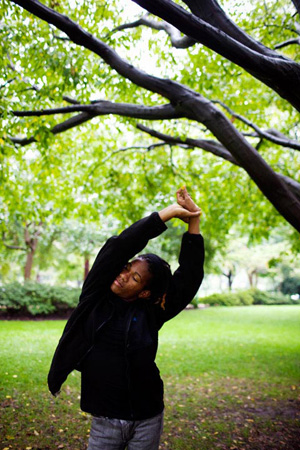 Kenneth’s mother died when he was seven. His care fell to a succession of family members, who shunned him when he came out of the closet at 15.Across the nation, social workers and children’s advocates have their own Kenneth stories—the gay youth in Jacksonville, Florida, who tore through 48 placements in four years; the lesbian teen in Connecticut who made a pinky promise with her social worker to “not be gay.” The changes in mainstream attitudes that have made life easier for gay adults in recent years have also made it easier for gay teens to come out of the closet. But that doesn’t mean foster parents and child-welfare agencies have kept pace with the times. Kids “question their sexual orientation more” nowadays, says Cindy Watson, who directs a center for gay youth in Jacksonville. “That’s a dangerous place to be. And the system is not a safe place.”

According to the American Bar Association’s 2008 guidebook (PDF) for child-welfare lawyers and judges, virtually all lesbian, gay, bisexual, transgender, and questioning kids in group homes had reported verbal harassment; 70 percent had been subjected to violence; and 78 percent had either run away or been removed from a foster placement for reasons related to their sexuality. “They are the one population thrown out of their home because of who they are,” says Gerald P. Mallon, a professor at New York’s Hunter College School of Social Work.

Kenneth’s biological family was a near-constant source of pain and instability. Born in 1990 to a schizophrenic, drug-addicted mother, he was brought up by his maternal aunt and her boyfriend—James. When Kenneth was seven, his mother died, followed by his aunt three years later. His care fell to a succession of family members, who shunned him when he came out of the closet at 15. Cousins stole his “too feminine” clothes. For a time, he was sent to live with another aunt, who threatened to pull a gun on him and told him he needed to get “scarred up.”

When Kenneth was 16, a family-court judge moved him to a group home, where the other kids taunted and harassed him. Fearing for Kenneth’s safety, the judge ordered the city to give him his own room. School was worse: He was jumped repeatedly. Even after the final bell, kids would throw rocks at him on his way to the bus. School administrators ended up sequestering him in a guidance office for meaningless independent study, and—after Kenneth’s legal advocates fought to get him back in class—hired a bodyguard to trail him. James, meanwhile, enrolled in foster-parenting classes in a bid to regain custody. Kenneth moved in with him in June 2008, and the court made it official that September. James, after all, was the most consistent parent that Kenneth, by then 18, had ever known.

Then came the boyfriend skirmish. After several days, Kenneth returned to James, who apologized. Kenneth warily accepted, but their trust was broken. Two months later, James brought up a rumor he’d heard—that Kenneth had been prostituting himself. This provocative bit of gossip led to another blowout, more threats, and a second police visit. Kenneth refused to stay any longer. As a ward of the district until the age of 21, Kenneth had access to a team consisting of a judge, lawyers, mentors, therapists, and social workers. In theory, he also had access to foster care, but none of his advocates could find him a suitable home.

You’d think placing Kenneth would be relatively easy. He had decent grades and no criminal record. He spent his weekend nights doing chores, and loved to show off his spotless stove or the 17th redesign of his tiny bedroom. Although he struggled with a mood disorder, he’d learned to keep it in check. But what people saw first were his lipstick, his painted nails—his sexual orientation. “I’m just really worried about where we place you,” the judge said at one hearing. “I don’t know that there’s a perfect place.”

The crisis facing gay foster kids hasn’t gone entirely unnoticed. The Child Welfare League of America publishes guidelines on the subject for social workers, and several states have taken baby steps: California passed a foster-care nondiscrimination law (PDF); New Jersey has established “safe zones” for gay youth; and Illinois, Connecticut, and New York have hired dedicated staffers to help them. But child-welfare agencies are only as good as their foster families—and many foster families refuse to take a gay child. Jerry Walters, vice president for foster-care services with the Jacksonville-based Boys’ Home Association, says his organization recently surveyed its 246 families and found only 21 who were willing to accept a gay teenager. Attorneys Linda Diaz and Kristin Kimmel (PDF)—who run a project focusing on gay issues for the nonprofit Lawyers for Children Inc.—told me that openly gay kids in New York are typically put into group homes instead of foster care. In New Orleans, gay teenagers deemed “ungovernable” by their biological families sometimes end up in juvenile hall.

Even Connecticut—which works closely with True Colors, a nonprofit dedicated to helping gay kids in the system—has a heck of a time finding them a home. They tend to “have lots of other issues,” explains Robin McHaelen, executive director of True Colors. “They’re not cute little Matthew Shepard kids.”

Last June, a Bridgeport church called Manifested Glory Ministries made headlines after performing an exorcism on a gay 16-year-old. In a YouTube clip, one preacher can be seen holding the teen to the floor by his neck while another one screams for the “homosexual demon” to “get out in the name of Jesus!” The boy writhes, squirms, and vomits. It turned out his biological family—which True Colors staffer Kamora Herrington calls “as at-risk as it gets”—was on file with Connecticut’s Department of Children and Families for alleged child neglect. Yet the boy remains at home. David Brennan, a DCF staffer who previously served as a resource coordinator for gay teens, told me he fielded two to three calls a week from kids in equally desperate situations—some of them also underwent exorcisms. But he just couldn’t place them. 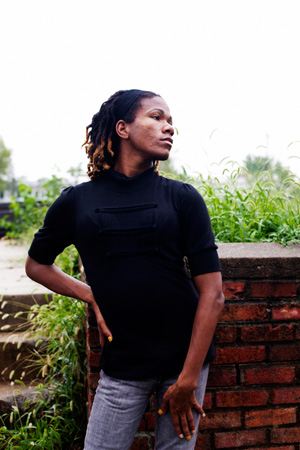 “I’m just really worried about where we place you,” one family-court judge told Kenneth.Recruiting more gay and lesbian adults as foster parents is one option, but cash-strapped child-welfare agencies have done a poor job of reaching out—and legislation like Florida’s ban on gay adoptions hasn’t helped. Religious interests have also targeted efforts to support gay foster teens. The Family Institute of Connecticut, after failing in its bid to stop gay marriage in the state, threatened to sue if DCF didn’t remove gay-friendly religious links from its website. The group claimed the links violated the First Amendment’s establishment clause, and the state agency caved. But the institute’s motives clearly went beyond constitutional purity. “They are mentoring kids in ways that are not in the children’s best interest,” its executive director, Peter Wolfgang, told me. The children “need to be helped, not confused further.”

Kenneth just needed a roof over his head. Last November, DC’s child welfare agency found him a temporary home, but the foster mother, who shared a small house with her teenage daughter, treated him as an afterthought. Kenneth got locked out on several nights because the mom refused to give him a key. She also told him that being gay was his choice, and he would have to suffer the consequences. When they argued, she mocked his high voice and flamboyant gestures. She said she couldn’t wait for him to move out. Kenneth lasted about a week.

When the social workers finally moved him into an independent-living facility, Kenneth was relieved. Having his own space meant he could hide out from the other system kids who were “throwing shade”—tormenting him. He couldn’t hide in his room forever, though. After the New Year, he settled on the solution—a sex change. He’d been considering it for a year and had enrolled in the required counseling sessions at a local clinic, but only now could he articulate his reason for wanting to reboot his identity: He would be safer as a woman. “I’m getting really tired,” Kenneth explains. “I don’t have no other options left.”