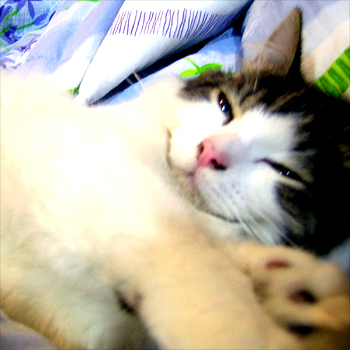 For quite a while, scientists have largely understood happiness to be fairly static. Yes, your happiness would jump when you won the lottery, but a few years later, you’d be back to your genetically-determined “set point” happiness level. But this week, scientists from Netherlands, Germany, and Australia co-authored a paper (PDF) published by the Proceedings of the National Academy of Science that says life choices can cause permanent changes in happiness levels. Scientists had a number of findings that you might find useful. For example, women who are unattached but thin are happier than women who are obese but partnered; working more hours than you want to is better than being underemployed; people who prioritize family or altruistic goals are happier than those who pursue materialistic or self-centered goals.

Scientists found that a few things are almost guaranteed to raise your happiness levels, and they’re basic common-sense kinds of things like exercising regularly, socializing with friends, and doing charity work. Also, choose a life partner who isn’t crazy, though, the authors point out, “some neurotic individuals may have to settle for neurotic partners.” For women in particular, choice of a mate was very important: women whose partners were invested in family life were far happier than those with unsupportive partners. The authors noted that although “it would presumably be unforgivable to complete a personality inventory before deciding to live together,” BUT, they continued, if there WAS a test you wanted to give your future partner, you should choose the NEO-AC which measures “five traits that many psychologists think describe normal or nonpsychotic personality.” I think this advice might best be summarized as “Be careful and don’t marry a psycho because it’ll make you miserable.”

The study’s authors based their research on nearly 30 years of interviews with German nationals and concluded that their paper’s findings “should open up an exciting period in happiness research.” One thing the authors mentioned briefly was that although choices affect happiness, happiness also affects choices. If you’re depressed, you’re less likely to exercise and take care of yourself. So if you’re genetically pre-disposed toward depression, wouldn’t that make you (to some extent) pre-disposed toward unhappiness as well?