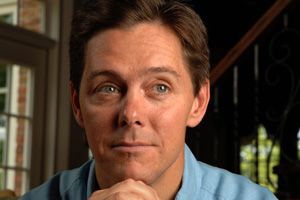 How did the tea party movement affect the outcome? It’s a question that’s been debated to death over the past 24 hours, and former Christian Coalition head Ralph Reed was in DC on Wednesday, bleary-eyed but jubilant, to add his two cents. Armed with post-election survey data he’d commissioned through his new Faith and Freedom Coalition, Reed declared that, yes, the tea party was a factor, but the real engine of the GOP’s blowout victory Tuesday was—wait for it—evangelical voters, most of whom co-identify as tea partiers.

At a press conference with pollster Glen Bolger from Public Opinion Strategies, Reed insisted that the largest single voting constituency was social conservatives, and they went overwhelmingly for Republicans. “The socially conservative faith-based vote was the fuel and engine of the biggest midterm victory in our history,” he said. His survey data, he said, indicates that 52 percent of self-identified tea partiers are also conservative evangelicals, while two-thirds of evangelical Christians call themselves tea party supporters. Which makes the voting trend nearly impossible to parse.

His take-home: The “tea party and evangelicals are not at odds. These movements are inextricably intertwined…Either party that ignores or opposed them does so at their peril at the ballot box.” Reed also sent a shot across the bow of his GOP brethren, warning them to “stop apologizing” for being pro-family, because far from hurting the party, evangelicals were helping to keep its candidates in office. Bolger added, incidentally, that two-thirds of the GOP pickup came in places where about two-thirds of white evangelicals live.

From all of this, Reed concludes that the evangelical movement “is in the middle stages of a fascinating evolution.” He predicted that the movement would broaden its agenda to focus more on economic issues, which, Reed noted, have a moral component. After all, he said, the old Christian Coalition helped pass welfare reform in the 1990s and tax cuts for families. “Teavangelicals” might focus on extending the Bush tax cuts, repealing health care, and cutting federal spending, he suggested.

Reed might be reading a little too much from the tea leaves, however. His data, he claimed, suggests that in 20 years, evangelicals would be an even more powerful voting bloc—what unions are to the Democratic Party, or the NRA to the GOP. “Democrats are going to have to figure out how to reach these voters,” he warned.

But other data, even from evangelical researchers, offer a different picture: that of a movement in its death throes. Not only is America becoming less religious as a whole, but younger people—the Millennials—tend to oppose the movement on key issues like gay marriage. Evidence collected by the Barna Group, a market research group catering to Christian clients, suggests that these 18- to 29-year-olds see evangelical churches’ treatment of gays as a major turnoff. Millennials will make up the nation’s single largest voting bloc by 2020, and they are a lot more liberal than the over-60 crowd that turned out in droves on Tuesday.

Reed, though, was having none of this. To my question, he dismissed research by Barna and others predicting evangelical doom. “Lots of people are falling for that,” he said. Young people may start out liberal, but once they start getting married, having babies, and paying taxes, “We got ’em,” he said.

The median age of the respondents in his post-election survey was 44, he noted, claiming evangelicals skew younger than the general population because they are families with children. Tuesday’s evangelical turnout—5 points higher than in 2006, Reed says—shows that Democratic outreach to evangelicals on issues like Sudan and climate change has probably had little effect.

Despite all the triumphant talk, Robert Jones, CEO and founder of the Public Religion Research Institute, thinks Reed should take his own numbers with a grain of salt. The methodology was flawed, Jones believes. Reed’s survey relied on election-night phone polling, which isn’t the best way to conduct a poll, because it tends to catch the low-hanging fruit—people who happen to be home on the first call, and who don’t reflect the population at large or who haven’t even voted yet. “It skews the sample,” Jones explains. One night’s worth of calls, he adds, doesn’t give you a large enough spread to get accurate results.

Reed is wrong, Jones says, to suggest that evangelicals are bringing in younger people. According to most polling data, he says, they are older than the general population, as are the tea partiers. (Less than a quarter of under-30 voters support the tea party, compared with nearly half of voters over age 60.) The teavangelicals may be the turning point of this particular midterm, but it’s going to be hard to pin the future of the GOP on a movement whose current members will mostly be dead in 20 years.