Read a related article, or check out the Mother Jones special report on Haiti.

Nearly a year after the Haiti earthquake, one million people live in camps terrorized by rape gangs. At least Sean Penn’s camp has lights, a rare bid for safety when even a walk to the bathroom can be dangerous at night. One “model” tent camp is treeless desert, boiling in the heat. Billions in US aid have gone undelivered, corporations are building sweatshop relocation centers, and crime is commonplace. What happened to Haiti’s reconstruction? MoJo human rights reporter Mac McClelland went to Port-au-Prince to find out. The photos in this essay illustrate what she saw; click here to read her related dispatches from Haiti. 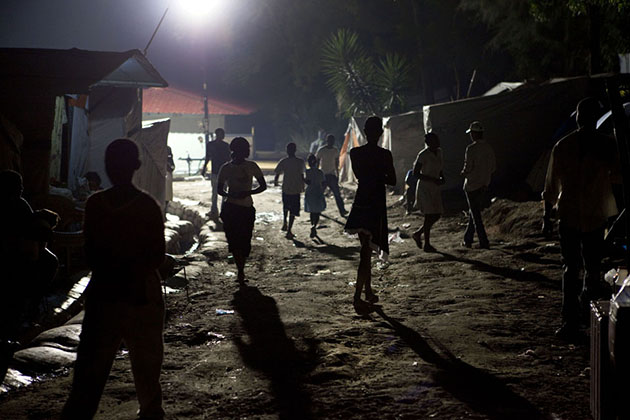 In Haiti, makeshift camps like this one are terrorized by gangs of rapists. 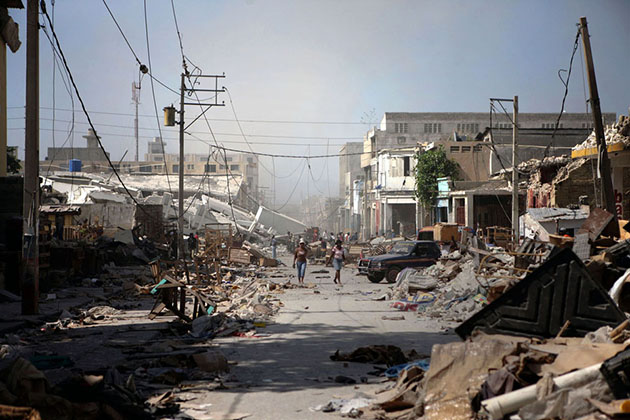 The 7.0 magnitude earthquake in Haiti struck on Tuesday, January 12, 2010, near the capital, causing extensive damage and many deaths. 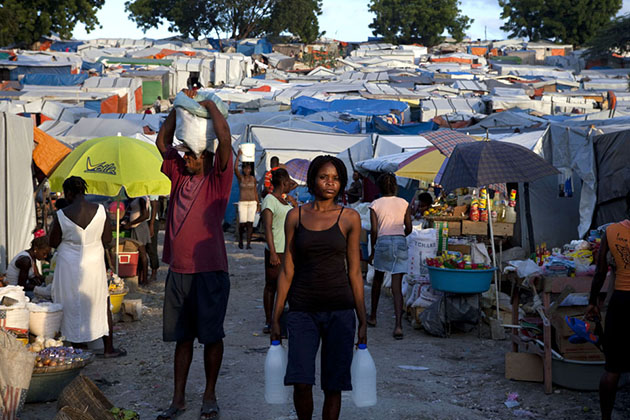 The main market in one of the 1,300 tent cities that pock Port-au-Prince. 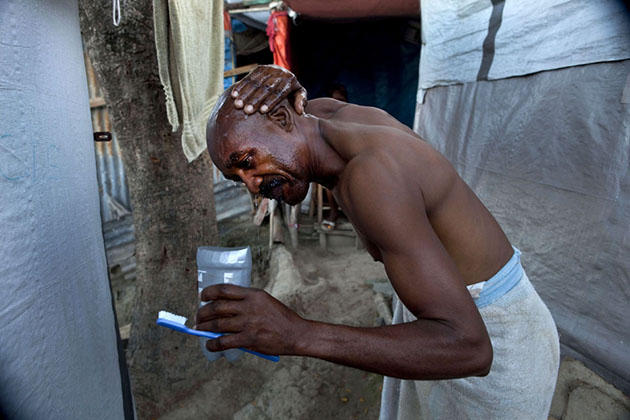 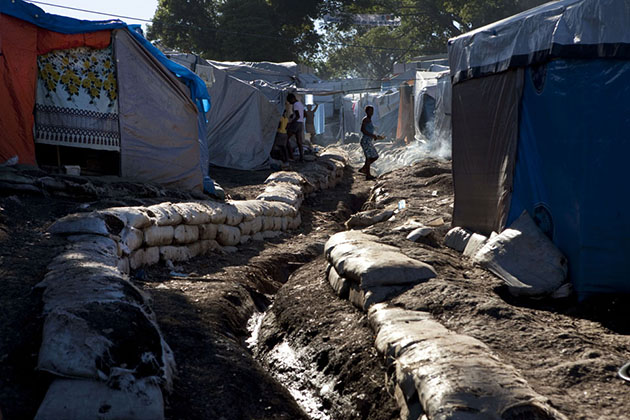 Makeshift encampments like this one are home to 1.2 million people in Haiti. 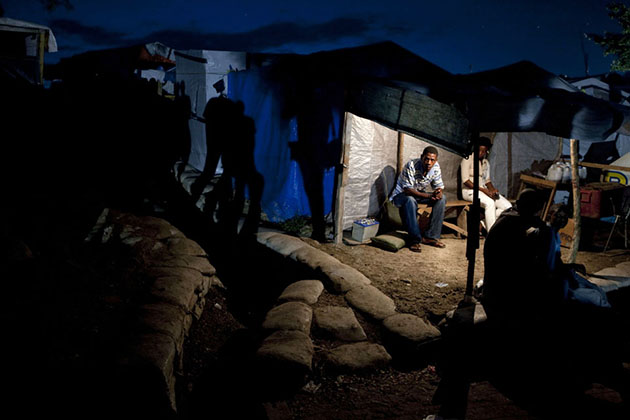 This tent camp in Haiti, run by Sean Penn’s charity, has drainage ditches and lights, a rare bid for safety. 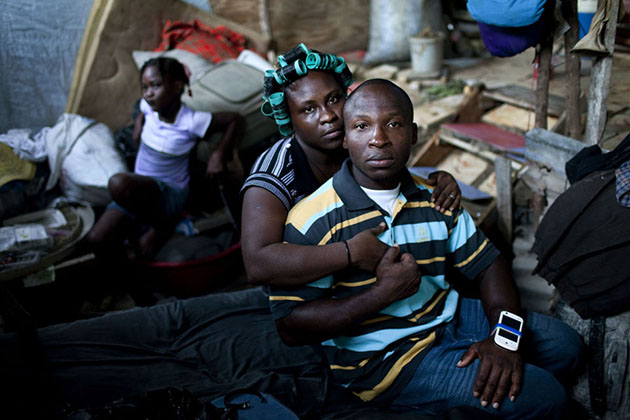 Daniel, who is trying to launch a Haitian relief group from his plastic hovel, with his fiancée and 10-year-old daughter Melissa. 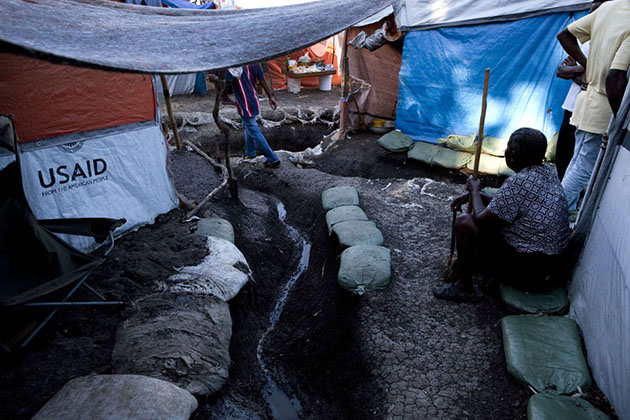 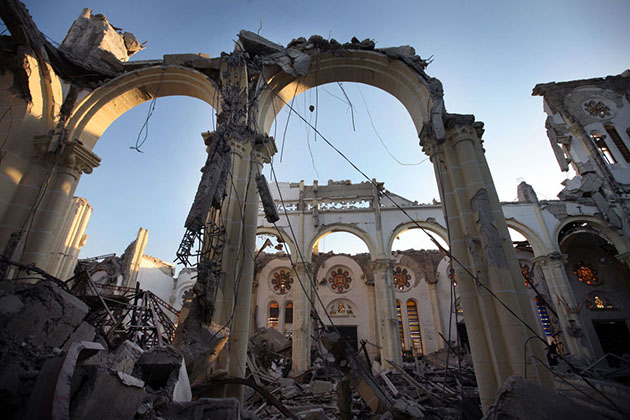 Haiti’s National Cathedral in Port-au-Prince was destroyed by the 2010 earthquake. 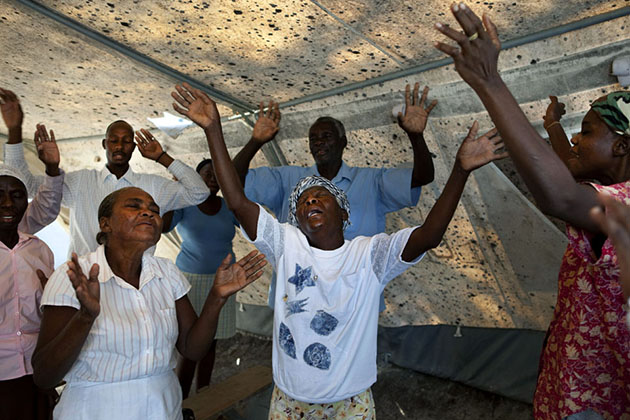 In Haiti, a makeshift church service in a tent camp. 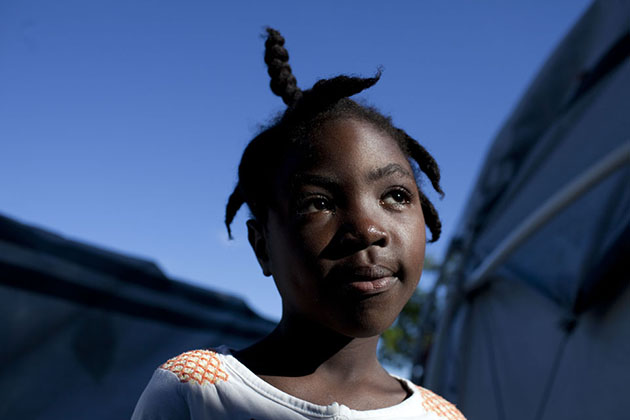 Many children in the tent cities lost their parents in the quake. 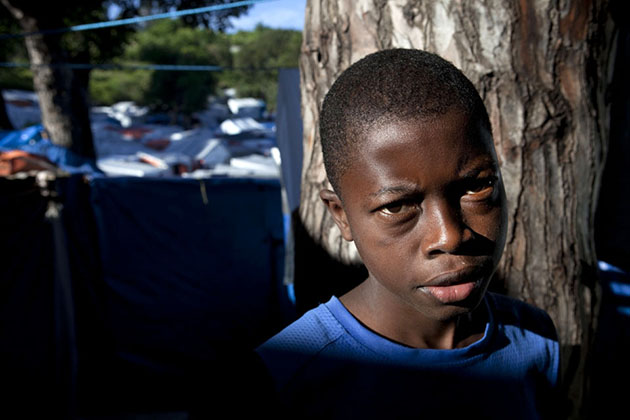 A child living in a massive camp in Port-au-Prince, Haiti. 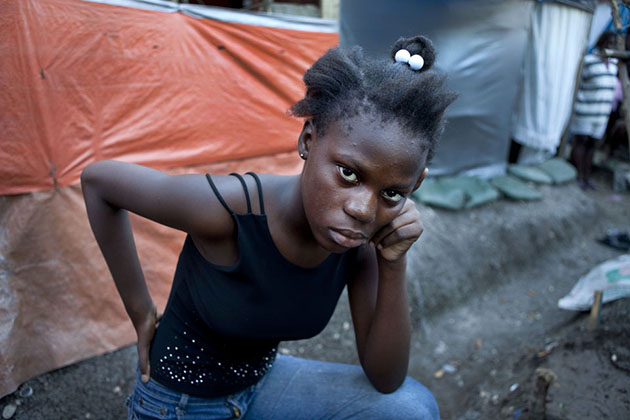 Rapists in the tent cities have been known to go after girls younger than the one pictured here. 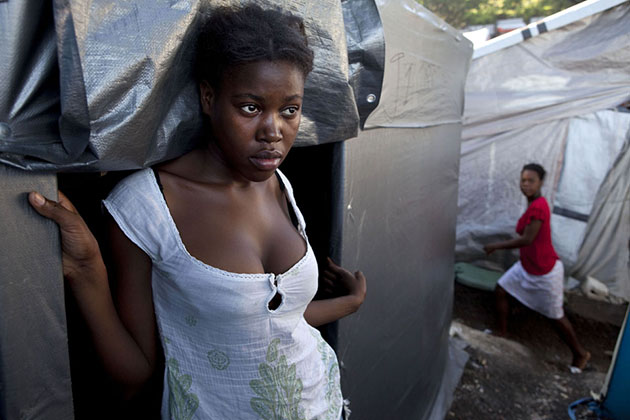 In Port au Prince, 55,000 displaced Haitians live on the grounds of what was once the Club de Petionville golf course.