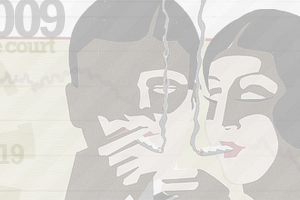 Read Josh Harkinson on Weedmart, test your medical marijuana knowledge with our quiz, or see the full Mother Jones special report on the coming pot boom.

COULD THE RECESSION KILL THE WAR ON POT? That’s the theory put forward by Euan Wilson in a 2009 paper (PDF) in The Socionomist, which suggests a connection between America’s economic climate and our attitudes toward marijuana: When we’re flush, we can “afford” to focus on “black and white moral issues”; in tough times, we’re more tolerant of pot. Wilson predicts that the sluggish economy will cause a critical mass of support for legalization, just as the Great Depression soured Americans on Prohibition. More fodder for his hypothesis: In November, a ballot measure to legalize pot in cash-strapped California did surprisingly well, getting 46 percent of the vote.