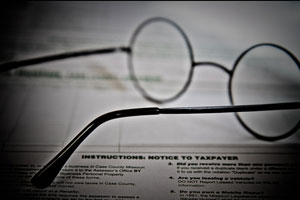 On Monday, I wrote about future House Majority Leader Eric Cantor’s pledge to adhere to the “three day rule,” which requires legislation be posted online three days before the House votes on it. Here’s why I think just reading the bill isn’t enough:

Better ‘read the bill’ reform would start, I think, with extending to all of Congress the Senate Finance Committee’s tradition of debating and voting on bills written in ‘conceptual language’—otherwise known as plain English. If that was the standard for what was being voted on and discussed and posted on the web in advance, ordinary people and members of Congress (and journalists, for that matter) would be much more likely to actually understand what was going on.

There’s more to this story, though. Conceptual language is great for understanding a bill initially. But eventually lawyers have to translate it into bill text. If something gets lost in translation, lawmakers sometimes have to spend years trying to get it corrected. A friend suggested a way around this: make committee reports more available and accessible.

Committee reports are actually pretty readable (here’s one on a FEMA oversight bill), and offer not just an explanation for what the bill does but also why people believe it’s necessary.

Report language even has some of the effect of law because courts use it when they’re looking for evidence of congressional intent. But right now, you need to sift through link after link on THOMAS to get from the text of a bill to a report explaining what it does. Also, too many people don’t even know that these committee reports exist.

This is fixable. If using conceptual language is impractical, Congress could just require these comprehensive, readable reports—reports that are already written for bills as they are passed out of Committee—be made easily accessible online. It would certainly be a step in the right direction. Does the bill you’re trying to understand today have a committee report associated with it? You can search committee reports here.