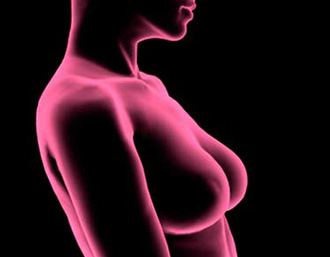 To get a sense for the conspiratorial hogwash circulating among pro-lifers, look no further than sites like StopAbortionBreastCancer.org, which claims that the Susan G. Komen Foundation—a nonprofit that raises more than $300 million a year to battle breast cancer—is actually helping cause the disease by supporting abortion provider Planned Parenthood.

Here’s the reasoning: A mother’s breasts mature after delivery, making them more resistant to cancer. Abortion halts this maturation process, leaving her breasts susceptible to the carcinogenic effects of the estrogen that pregnant women produce in quantity. “Pink Money organizations” like Komen are “denying the truth about the fatal link between abortion and breast cancer in order to comply with international abortion agendas,” the site claims.

The Komen-bashing is spearheaded by pro-life outfits like the Coalition on Abortion/Breast Cancer and the Breast Cancer Prevention Institute whose brochures call elective abortion “the single most avoidable risk factor” for cancer. The institute’s Angela Lanfranchi, a New Jersey surgeon, claims that “29 out of 38 worldwide epidemiological studies show an increased risk of breast cancer of approximately 30% among women who have had an abortion.” Pro-life TV show Facing Life Head-On (which won a regional Emmy in 2010) dedicated a segment last year to “Komen’s Dark Side.” “Is it really ‘morally permissible’ to cause breast cancer in one room if screening for it in the next?” opines pro-life blogger Jill Stanek.

A Komen spokesman recently told me that its affiliates indeed give grants to Planned Parenthood—about $731,000 total in 2009. But he added that those grants are strictly audited and must be used solely for cancer screening, education, and treatment. And while the pro-life argument that some of these grants might then free up more money for abortions does make a bit of sense, it also happens that their attacks on Komen are based on a false scientific premise.

Back in 2003, the National Cancer Institute convened 100 of the field’s best minds—clinicians, epidemiologists, basic researchers, and patients’ advocates—to scrutinize all available evidence. Their definitive verdict: Younger woman who carry a baby to term do end up with a lower lifetime cancer risk. (Go teen pregnancy!) But the team also reported that it is “well established” that “induced abortion is not associated with an increase in breast cancer risk.”

End of story. Except that the pro-lifers won’t take no for an answer: They amp up the same old rhetoric each fall to correspond with Komen’s “Race for the Cure” fundraising season. Meanwhile, groups like Americans United for Life continue pushing for laws like those in Alaska, Mississippi, Oklahoma, Texas, and West Virginia—where women seeking abortions are informed that their freedom to choose may one day result in a fatal tumor.

Why stop there? Indeed, numerous states have “informed consent” policies requiring women to get pre-abortion ultrasounds and/or receive medically erroneous information about the psychological impacts of abortion or the ability of a fetus to feel pain. Nearly half of American states make women wait at least a day after mandatory counseling before they can get an abortion. (We break down the data for you in these convenient maps.)

How do laws like this get passed in a nation where abortion is, for now, legal? Well, for one, there’s Harold Cassidy. The subject of an excellent new profile by Sarah Blustain, Cassidy is a New Jersey lawyer and Catholic liberal crusader who has come to the conclusion that abortion is psychologically harmful to women, and thus—in the name of protecting women’s health, and their fundamental right to motherhood—abortion should be banned.

While his arguments haven’t had much success in court, Cassidy has been crucial at the state level, working with conservative legislators to pass new abortion restrictions. Blustain reports:

In 2005, with Cassidy’s guidance, South Dakota passed one of the nation’s most restrictive counseling laws. Its language—lifted directly from Cassidy’s legal writings —compels providers to tell women they are taking the life of a “whole, separate, unique, living human being.” The law, which Planned Parenthood is challenging in federal court, has inspired imitators in Missouri and North Dakota, with looser interpretations introduced in Indiana and Kansas.

These bills are not backed by mainstream scientific findings. In a 2008 review, the American Psychological Association found “no evidence sufficient to support the claim that an observed association between abortion history and mental health was caused by the abortion.” More recently, a team at Johns Hopkins University reviewed the relevant literature and concluded that the highest quality studies suggest “few, if any, differences between women who had abortions and their respective comparison groups,” while “studies with the most flawed methodology” found negative effects.

But the dry prose of studies can’t compete with vivid anecdotes of womanhood shattered and degraded. Cassidy is haunted by the modern-day pietà of the suffering post-abortive woman, and it’s that image he wants us all to see.

It’s a great read, actually. A journey into the mind of a true believer that also shows how pro-lifers are gaining the upper hand by focusing on the distress that some women inevitably experience—no thanks to the abovementioned laws—when they choose to terminate their fetus.

The upshot: We can expect to see more such laws as a result of the recent conservative resurgence. Americans United for Life certainly has high expectations. “With a class of new, pro-life Governors entering office in January, the dynamic in state capitals will shift significantly,” the pro-life group crowed in a celebratory email blast the day after the midterms.