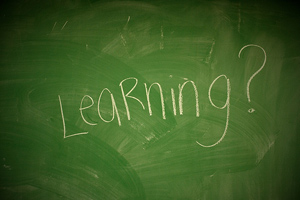 Let’s face it: Jargon happens. And in education circles, it happens a lot. Curious what an education buzzword actually means? Or how a seemingly unrelated business concept migrated into discussions about kids and schools? Let MoJo‘s education team research it so you don’t have to. We welcome buzzword suggestions in comments for our next primer: Help us decide what lingo to look at next.

What is social capital? It’s not about money. At its core, social capital theory holds that “relationships matter” and that “social networks are a valuable asset.” If human capital is about individual resources (i.e. the importance of skilled people), social capital is about social resources (i.e. the importance of skilled social networks). Some research also shows that increasing social capital (and trust among individuals) requires face-to-face encounters. In other words, it’s not what you know…it’s who you know and what they know, and possibly how often you see each other in person.

How does social capital relate to education? Simply put, schools with a lot of social capital often have an easier time getting what they need to educate students effectively, so even super teachers can’t sustainably improve a school’s academic outcomes without family, community, and state involvement. University of Pittsburgh professor, Carrie Leana explains:

“Why are some schools better than others?” A human capital answer would say that some schools are better because they have the best-trained teachers. A social capital answer would say there is something about the way those teachers are interacting that influences the school as a whole and results in a level of shared performance that you can’t get from individuals alone.

Outside of school, social capital in the community can compensate for its absence in the family. In one case, researchers compared the drop out rates of high school sophomores. They found that kids who had one sibling, two parents, and a mother who expected them to attend college were much less likely to drop out than sophomores with four siblings, one parent, and a mother who didn’t expect them to attend a university. (PDF) However, while studying social capital’s relation to school drop out rates, sociologist James Coleman also found that a strong adult community could keep teens in school regardless of family situation. And even The World Bank recognizes that social capital alone can’t substitute for financing education.

Where did the term “social capital” come from? The first known reference appeared in Lyda Judson Hanifan’s 1916 article “The Rural School Community Center,” in which he wrote that “the individual is helpless socially, if left entirely to himself.” In 1988, James Coleman contributed the first solid evidence of a relationship between a school’s social capital and academic drop out rates.

How can a school increase its social capital? More face-to-face interaction with parents and local community members is probably a good start. “The schools can’t do it by themselves,” as a South Carolina neighborhood outreach leader told The Beaufort Gazette. “That’s the reality.”