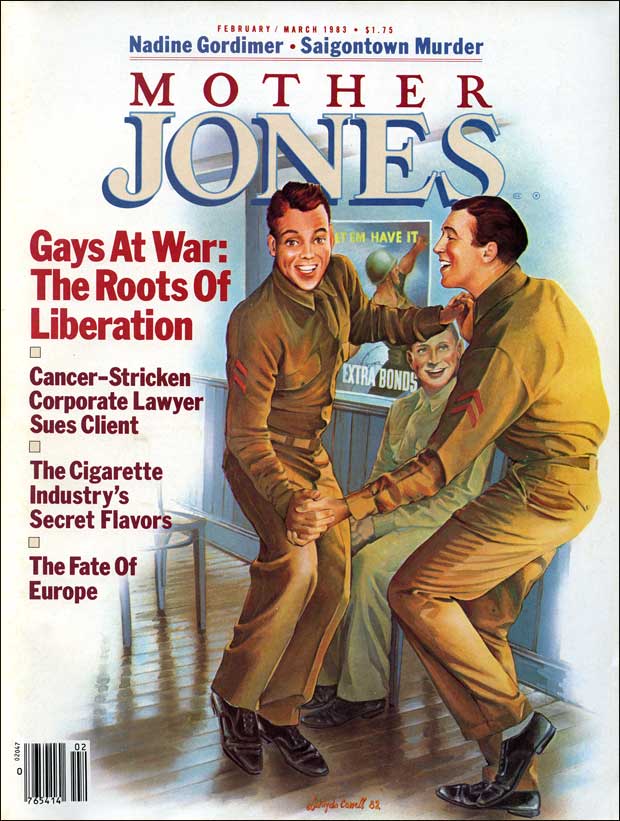 This exuberant image by illustrator Lucinda Cowell appeared on the cover of the February/March 1983 issue of Mother Jones. In that issue, Alan Bérubé, the author of “Coming Out Under Fire,” used archival letters, interviews, and declassified government records to argue that modern gay liberation began during World War II, when “thousands of gay men and lesbians were swept up by the war effort and given unprecedented opportunities to discover one another.” He points out that the 1969 Stonewall riots, often seen as the beginning of the gay liberation movement, happened only after this “gay awakening” and the subsequent McCarthy-era crackdowns.