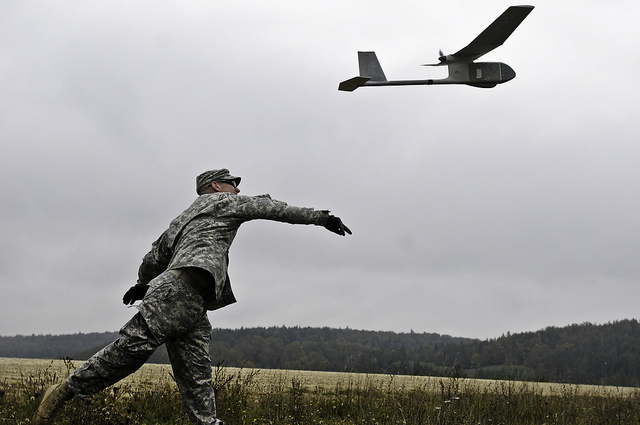 [Editor’s Note: NAF researcher Katherine Tiedemann reminds us that US-led drone strikes in Pakistan tend to be CIA-run, not military-operated. The headline and post have been updated to reflect this.]

Our indefatigable editorial coordinator, Jen Phillips, pointed me to a New America Foundation study this morning on drone strikes in Pakistan…and the data does not inspire confidence.

According to NAF’s research, there have been 215 drone attacks since 2004 in the bad-guy tromping grounds of northwest Pakistan, killing between 1,372 and 2,125 people. (The wide variation in estimates shows how difficult it is to track these stats, even with press and government reports.) Of those, 1061 to 1584 were called militants “in reliable press accounts.” For those of you keeping score at home, that means that between 23 and 25 percent of all deaths from drone strikes are noncombatants. But here’s the worse news:

Of all those semi-confirmed deaths since 2004, only 36 have been “militant leaders,” like Al Qaeda’s third in command. (It goes without saying that we haven’t hit the terrorist group’s two really big fish, Osama bin Laden and Ayman Al-Zawahri.) That means that only about 2 percent of NATO’s drone kills were strategically important enemy personnel. If Meat Loaf were a US combatant commander in South Asia, he’d have to cut a new track: “Two Out of 100 Ain’t Bad.”

So what does the US do when its winning percentage is so poor? It doubles down on the strategy, apparently. USA Today reports this morning that the Air Force in 2010 “more than doubled the number of airmen in Afghanistan who call in airstrikes, as the use of bombs, missiles and strafing runs has spiked to its highest level since the war began.” Presumably, live bombing runs by fighter and attack pilots would be more reliable than CIA-led strikes by unmanned aerial vehicles, but not that much better. And more ordnance invariably means more casualties, no matter how smart a weapons system (or its operator) may be.

Anyway, check out the NAF study, which is an ongoing labor of love. Its compilers are terrorism expert (and MoJo contributor) Peter Bergen and Katherine Tiedemann, the fantastic analyst who also runs Foreign Policy‘s “Af-Pak Channel” blog. Like NAF itself, they’re progressive, but they’re most interested in unvarnished national security facts. You could do worse than to follow their work closely.