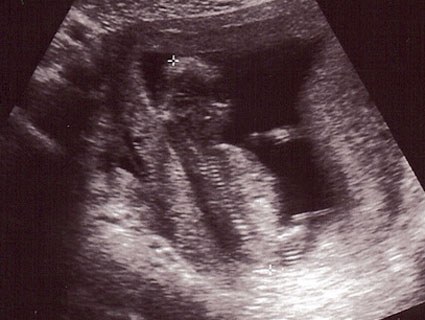 Congressional Republicans have made a big deal about slashing funds for Planned Parenthood and other family planning programs, claiming that these cuts are necessary to address the federal deficit. But one of those lawmakers has been pushing his own measure to provide additional federal funds to so-called crisis pregnancy centers—unregulated and uncertified clinics that try to deter women from seeking abortions.

A bill that Rep. Cliff Stearns (R-Fla.) introduced in January would provide federal funds for the purchase of sonogram machines at organizations that counsel women against having an abortion (the American Independent reported on this bill last week). These crisis pregnancy outfits, sometimes called “pregnancy resource centers,” are often run by religious groups; many have been found to provide women with false and misleading information to dissuade them from having an abortion.

The preamble of Stearns’ bill makes it sound as though any nonprofit, tax-exempt organization could apply to the Department of Health and Human Services (HHS) for grants to purchase ultrasound equipment. But the bill comes with stipulations. To be eligible for this grant, a facility would have to show every woman seeking services the ultrasound image and describe to them the “general anatomical and physiological description of the characteristics of the fetus.” The facility would be required to provide women with “alternatives to abortion such as childbirth and adoption and information concerning public and private agencies that will assist in those alternatives.” It also must offer its services free of charge. That last condition would disqualify abortion providers, such as Planned Parenthood, which charges on a sliding scale based on a woman’s income.

In a commentary published last month on Andrew Breitbart’s conservative site, BigGovernment.com, Stearns couched his own opposition to funding for Planned Parenthood in terms of both fiscal and moral responsibility: “The federal government funds thousands of programs and projects, and Congress must look at all federal expenditures and reduce or eliminate those that do not meet the needs of the American people.” But under his bill, a “community-based pregnancy help medical clinic” can receive a grant to cover half the cost of a sonogram machine, or up to $20,000. It authorizes up to $5 million for fiscal year 2012, with the possibility of renewal for 2013 and 2014. Stearns offered similar measures in 2003, 2007, and 2009. So far, his latest bill has no cosponsors.

Rep. Jackie Speier (D-Calif.), who challenged the GOP’s efforts to cut funding for Planned Parenthood and other family planning programs in a floor speech last month, called Stearns’ measure “hypocrisy in its most obvious form.” “As Republicans seek to defund Planned Parenthood and deny vital health care services to American women most in need, they want to spend taxpayer dollars to support crisis pregnancy centers, which have become anti-choice groups’ sneaky alternative to legitimate reproductive health clinics,” said Speier via email. “These deceiving clinics entice women who are seeking abortions and then subject them to ultrasounds—with the explicit goal of convincing them not to have an abortion.”

Crisis pregnancy centers—often run by religious groups—received $30 million from HHS between 2001 and 2006 for abstinence-only programs and other projects, according to a 2006 House Energy and Commerce Committee report. The HHS grant database indicates another $9.3 million in grants were given to CPCs since 2007.

There have been other attempts in recent years to increase federal funding for these organizations. In 2009, Rep. Michele Bachmann (R-Minn.) introduced the Positive Alternatives Act, a measure that would have amended the Social Security Act to allow funds for low-income assistance to be used for “alternative-to-abortion” services. Abortion rights advocates contended the beneficiaries would have been CPCs. That same year, Sen. John Ensign (R-Nev.) also pushed an amendment that would have boosted federal assistance to CPCs, but the measure failed.

CPCs already outnumber abortion providers in the United States and have been bolstered by state and federal support, says Nancy Keenan, president of NARAL Pro-Choice America. “Taxpayers should not foot the bill for organizations that push a political agenda,” she notes.

That 2006 congressional investigation found that 20 out of the 23 centers surveyed were providing “false or misleading information” about the potential health effects of abortions. They were promoting false claims about increased risk of breast cancer, decreased fertility, adverse mental health effects, and suicidal tendencies. The investigation also found that many of these centers hid the fact that they endorse a pro-life stance, classifying themselves in advertising and web searches as “abortion services” in order to bring in women seeking abortions. Many of these centers look like clinics that provide abortions, and are often located near them.

CPCs have recently been in the news, after South Dakota’s governor signed into law a bill that will require a woman to visit one of these centers—and meet with a counselor whose intention is to dissuade her from having an abortion—before she can obtain an abortion. This measure would also force women to wait 72 hours before undergoing the actual procedure. This requirement will make it much more difficult for women to obtain abortions, given that there’s only one clinic providing abortions in the entire state, and Planned Parenthood has to fly a doctor in once a week to perform abortions there.

In New York City, though, abortion rights advocates secured a win on March 16, when Mayor Michael Bloomberg signed a bill compelling pregnancy centers to clearly disclose whether or not they offer abortion services and emergency contraception, and if they have actual medical staff on site. Many of these facilities, said New York City council member and bill sponsor Jessica Lappin, are “deliberately deceiving women, preying upon them and putting their health and lives at risk.” The new law will make it tougher for these anti-abortion crusaders to lure in unsuspecting women interested in obtaining abortions. “This is what we should be doing, instead of going in the opposite direction, which seems to be what people in Washington want to do,” says Lappin.

But if Stearns gets his way, such outfits, which often play bait-and-switch, will see an increase in their handouts from Uncle Sam.