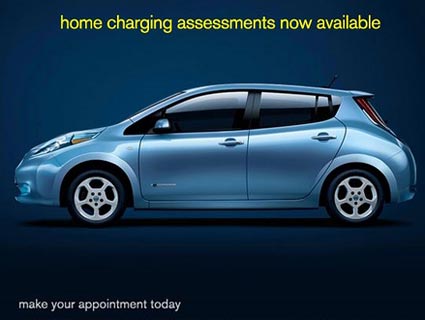 Treehugger reports that in Sweden, purchases of fuel-efficient cars are on the rise, but so are emissions. So does this mean that Swedes are actually driving more (and thus creating more emissions) because their new green cars allow them to do so more cheaply?

This question is an example of the Jevons Paradox, which David Owen recently wrote about in the New Yorker: Make something more efficient, and people will use it more. “This effect is usually referred to as ‘rebound’—or, in cases where increased consumption more than cancels out any energy savings, as ‘backfire,'” he writes. (Owen uses the example of refrigerators and air conditioners in the piece, but the general principle can be applied to anything that consumes energy.)

The Rocky Mountain Institute’s Amory Lovins wrote a rebuttal to the piece, pointing out that Owen doesn’t account for income growth over the past century: “Overwhelmingly, it is increased wealth, not past energy savings, that enables people to buy cheap, inefficient air-conditioners.” It’s not hard to extend this argument to cars: As people get richer, they buy more cars and drive them more places, thus using more fuel and creating more emissions.

Furthermore, Matt Mattila, who leads RMI’s effort to help cities transition to electric cars, points out that the limiting factor for driving isn’t fuel consumption, but rather time spent behind the weel. “Drivers generally don’t know their vehicles’ fuel economy, but if they did see it improve, they wouldn’t ‘balance’ that out by trying to find more time in the vehicle,” says Mattila.

Building on that idea, Simon Mui, a scientist who studies electric cars at the Natural Resources Defense Council, calls the notion of attributing increased driving to gains in fuel efficiency “mind-boggling.” Because of population increase, rising incomes, sprawl, and increased car ownership rates, vehicle miles traveled has gone up both in the US and abroad, says Mui. “This has happened even when fuel economy was flat (or even worsening because of SUVs) in the US over the past three decades.”

Still, there’s a kernel of truth to the Jevons Paradox argument. When talking about fuel-efficient cars, it’s important to distinguish between the rebound effect and the backlash effect. The rebound effect—where some savings are lost because of increased use—is well-documented, and regulators take it into account: Last year, the EPA and the National Highway Traffic Safety Administration assumed a 10 percent rebound effect when they made their final ruling on emissions standards. But a backlash effect—where increased car use actually cancels out any savings gained by efficiency—has never been documented.

In Sweden, something slightly different is going on. Lee Schipper is a UC-Berkeley scientist who’s studied transportation in Sweden and the US. Schipper, who understands the original report in Swedish much better than I do from this crappy Google translation, says that the rise in emissions happened in spite of green vehicles, rather than because of them. One reason is that trucks, not passenger cars, are causing the bulk of new emissions, since Swedes have recently begun trucking goods instead of transporting them by rail.

Another factor is the high price of gas in Sweden: In the US, gas is so cheap that fuel efficiency isn’t likely to make a giant difference in the price of driving. In Sweden, it does. Also, Sweden has a very strange tax incentive that makes it easy for companies to give their employees fuel-efficient cars. Since fuel and maintenance are often subsidized by the company, “People drive these cars much more than they would a non-company car,” says Schipper. It’s even conceivable that the company-car phenomenon has lured people away from Sweden’s excellent public transportation system.

Sweden’s weird tax incentive is an example of the kind of policy that the US should avoid if it wants to minimize the rebound effect. If the goal is to reduce emissions, we should aim for laws that make transit easy and cheap, and driving (of any cars, regardless of their efficiency) expensive and tedious. In California, for example, a new law requires communities to decrease car emissions by improving access to transit and reducing citizens’ need to drive, says Mui. “This is a much better approach to addressing increased driving than trying to reduce driving by worsening fuel economy (which would be the corollary of the argument I suppose).”

RMI has a nice roundup of the Jevons Paradox debate here.