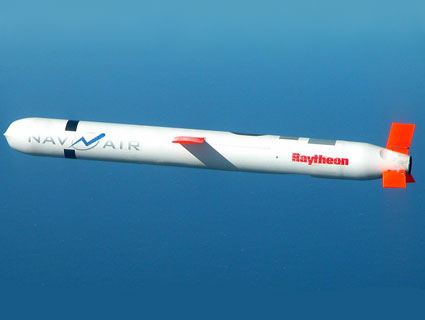 The world is exploding. TomDispatch can’t cover it all. Still, a comment is in order on our Libyan intervention. As a start, it could be the first intervention that actually escalated before it even began. It went from no-fly-zone to no-fly-no-drive-zone before a US cruise missile was launched or a French jet took off. Within two days, it seemed to be escalating even further into a half-baked, regime-change(ish)-style operation. (As of Wednesday, 162 Tomahawk cruise missiles had already been sent Libya-wards, most of them from American vessels, at more than $1 million a pop.) To make the intervention even stranger, it was initially opposed by the Chairman of the Joint Chiefs Admiral Mike Mullen, Secretary of Defense Robert Gates, National Security Adviser Thomas Donilon, and counterterrorism chief John O. Brennan, as well as many conservatives. Instead, the (not very) liberal warhawks of the administration—Secretary of State Hillary Clinton, National Security Council senior aide Samatha Powers, and U.N. Ambassador Susan Rice—were evidently in the lead on this one (along with various neocons in full hue and cry).

As on so many issues, where exactly the president was, other than blowing in the wind, remains unclear. Congress played no significant role—neither advice nor consent—in the decision. It now seems almost quaint, if not exceedingly retro, even to suggest that the people’s representatives have anything to do with American war-making. And it goes without saying that the people themselves, who seemed to be deeply unenthusiastic about a Libyan intervention before it happened according to the polls, were in no way consulted. Gates spoke of a “spirited debate” within the administration—just nowhere else.

Think of this, then, as the “human rights” intervention. So far, it seems to be a remarkably seat-of-the-pants affair, suffused with the usual American faith in the efficacy of military power. As far as I can tell, Washington is relying for success on pure, dumb luck (and the vague possibility that, if the US and allies whack his forces hard enough, Libyan monster Muammar Gaddafi’s officer corps could turn against him or their troops might defect to the rebels). Luck could hold, but what would follow remains bleakly unknown. Look for the no-[fill-in-the-blank]-zones to expand if Gaddafi hangs on, the rebels don’t advance fast enough, and desperation and confusion set in. In the meantime, the learning curve in Washington when it comes to interventions seems nonexistent. For the rest of us, that learning curve might improve if James Peck’s new book Ideal Illusions: How the US Government Co-opted Human Rights was to be widely read. It’s a taboo-breaking look at the way in which, from the 1970s to late last night, successive administrations have exploited the human rights movement, turned it to Washington’s ends, and contained any impulses to define human rights ever more broadly. This is, unfortunately, a story decades old but as fresh as the Libyan intervention. I recommend the book strongly.