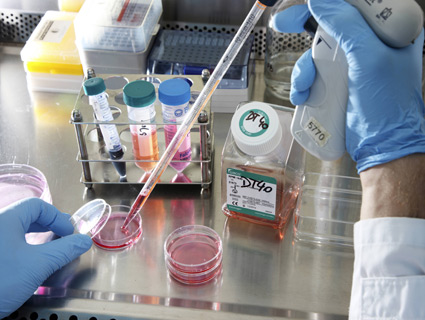 Over the years, there have been plenty of hard-fought environmental skirmishes in Congress, but Henry Waxman thinks the latest battle over the future of climate policy in the US could be the toughest one yet. In remarks at the Center for American Progress on Monday, the California Democrat, who helped to usher in 1990’s landmark Clean Air Act amendments, accused his Republican colleagues of taking an increasingly anti-science bent.

“Protection of the environment is now a partisan battleground,” Waxman said. “On climate change, we can’t even agree whether there is a problem.” That’s not to say things were peachy in the past; there were of course major battles over measures to curb acid rain, toxic power plant emissions, and other environmental protections. But, Waxman said, “I’ve never been in a Congress where there was such an overwhelming disconnect between science and public policy.”

His remarks come at the beginning of what is shaping up to be an interesting week on that front. On Tuesday, the House subcommittee on energy and power will hold a hearing on climate science and the Environmental Protection Agency’s new greenhouse gas regulations. And on Thursday, Republicans on that committee plan to move forward with legislation that would decimate those rules.

House and Senate Republicans have put forward a joint proposal that would not only amend the Clean Air Act to say explicitly that it does not apply to greenhouse gas emissions, but would also nullify the EPA’s scientific finding that those gases pose a threat to humankind (a conclusion that even the Bush-era EPA had reached).

But before House Republicans begin marking up the legislation, Waxman, the ranking member of the Energy and Commerce Committee, and Rep. Bobby Rush (D-Ill.), the ranking member of the energy and power subcommittee, asked the majority to grant at least one hearing on the science underpinning the EPA’s greenhouse gas rules. The Republicans agreed, and even granted the Dems the larger of witnesses. Of the seven witnesses appearing Tuesday, four were selected by the Democrats. The Republican witnesses include two climate change skeptics and, oddly, some guy whose main focus is promoting DDT, the pesticide banned in the US back in 1972 because of the risks it posed to public health and the environment. (See a good breakdown of the witnesses here).

But it’s doubtful that anything the experts say tomorrow will dissuade the Republicans from moving ahead with the anti-EPA measure. House Republicans succeeded last week in adding three Democrats as co-sponsors of the EPA-handcuffing legislation—Reps. Nick Rahall of West Virginia, Collin Peterson of Minnesota, and Dan Boren of Oklahoma. On the Senate side, Republicans picked up Sen. Joe Manchin (D-W.V.) as a cosponsor.

Waxman says the passage of the measure through the House is basically a foregone conclusion. But that doesn’t necessarily mean it will become law, he said, referencing his own climate and energy bill that passed in June 2009 only to hit a brick wall in the Senate. Waxman, and most of his Democratic colleagues, are hoping this anti-EPA measure will suffer the same fate. In the meantime, Waxman’s hoping that the Democrats can at least use tomorrow’s hearing to, once again, hash out the science.

“The new Republican majority has a lot of leeway to rewrite laws,” he said, “but they don’t have the ability to rewrite the laws of nature.”