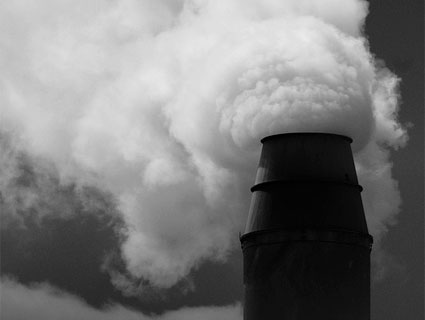 Can polluters be sued for the damaging effects of global warming? That’s the question before the Supreme Court on Tuesday, when it hears oral arguments in American Electric Power Company Inc. v. Connecticut.

The case got its start in 2004, at a time when the Bush administration had made it clear it had no intention of addressing the threat of climate change. Frustrated by the administration’s inaction, Connecticut and a group of other states, as well as the city of New York and handful of land trusts, filed suit against the nation’s five biggest polluters: American Electric Power, Southern Company, Cinergy (which has since merged with Duke Energy), Xcel Energy, and the Tennessee Valley Authority.

Using a common-law public-nuisance argument, the plaintiffs claimed the companies were causing harm to the environment and the health of residents. Together, these five utilities were responsible for emitting 650 million tons of carbon dioxide in 2004—or about 10 percent of all US emissions. For that reason, they were substantially to blame for the hazards caused by climate change, the plaintiffs argued.

The utilities sought to have the case dismissed, arguing that climate change was a political issue that should be handled by elected officials rather than the courts. In a September 2005 ruling, the US District Court in Southern New York agreed. But four years later, in September 2009, an appeals court reversed that decision. The utilities appealed to the Supreme Court to throw out the suit.

This isn’t the first time the high court has taken up a major global warming case. In 2007, it ruled that the Environmental Protection Agency could regulate planet-warming emissions under the Clean Air Act if the agency determined those gases posed a threat to human health. In 2009, the EPA concluded that they do—triggering the start of a regulatory process. But now congressional Republicans and a handful of Democratic allies are working to strip the EPA of its authority to regulate greenhouse gases. That’s why enviros are pinning their hopes to American Electric Power Company Inc. v. Connecticut. If the Supreme Court allows the case to move forward, it could potentially force utilities to cut emissions even if lawmakers—or future administrations—succeed in derailing rules under the Clean Air Act.

In a move that outraged many environmental groups, the Obama administration has sided with the utilities. The administration argues that since the EPA is moving forward with emission regulations, the case is moot. (The solicitor general can weigh in on the case because the Tennessee Valley Authority is a federally owned corporation.)

Though the EPA has begun rolling out permitting rules for new and significantly upgraded sources of emissions, the final regulations for existing power plants and other major polluters aren’t expected until May 2012. “Until there is regulation imposing controls on emissions, there isn’t regulation imposing controls on emissions,” says Kimberly Massicotte, assistant attorney general for Connecticut. “Our point is that the law allows us to pursue this case until there is.”

Lawyers representing the utilities contend that the effects of climate change can’t be pinned on them alone. They argue that the “alleged harm” of global warming is not “fairly traceable” to the five companies in question, nor would climate change be “redressable” by making just these firms cut their emissions. They also point out that the case could open the floodgates for suits against any entity deemed to be contributing to climate change. “The chain of causation alleged here would allow suits by and against virtually any enterprise on the planet, based on virtually any injury resulting from climatological or meteorological events,” lawyers for the utilities argue in their brief.

To enviros, the case represents a Plan B for curbing emissions. While they are pleased that the EPA has moved forward with emission rules, they remain wary. “EPA has just taken some procedural steps but not actually done anything that limits the emissions of these sources,” says David Doniger, policy director for the climate center at the Natural Resources Defense Council. “This case is the last resort if the federal government fails.”