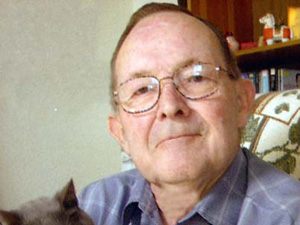 Chalmers Johnson was a stalwart of TomDispatch. He first wrote for this website on January 8, 2003 (“Iraqi Wars“), barely more than a month after it was launched. The last piece he wrote in his life (“Portrait of a Sagging Empire“) was for TomDispatch as well. In the years between, he penned 28 other TD pieces on a remarkably wide range of subjects, including how the American war in Iraq was harming the human patrimony (“Smash of Civilizations”), abolishing the CIA, the dangers of our empire of bases (a subject he all but copyrighted), the bloated Pentagon budget, our fading military empire, and how militarism was driving us toward bankruptcy, among a host of subjects. For good measure, he sat down for a two-part TomDispatch interview with me that was Chalmers all the way. (“Our encounter,” as I wrote at the time, “is an interview in name only. No one has ever needed an interviewer less. I do begin with a question that had been on my mind, but it’s hardly necessary.”)

I’ve written about how we first met on the page (as I was his book editor, starting with his now-classic volume Blowback: The Costs and Consequences of American Empire) and about his death on November 20, 2010. I still miss him. In our present world, overflowing with explosive, unexpected moments, I regularly wonder just what “Chal” would have made of events in Egypt, Libya, Japan, or Washington. His remarkable, restless, penetrating intelligence is missed. He was a giant.

That said, I’m pleased to offer a special kind of goodbye to him today, a memory piece on his work by Sheila Johnson, his wife, partner in so many endeavors, and an impressive figure in her own right. It seems like a fitting way to say goodbye, remember the breadth and stature of the man, and take in the scope of his life.

In the introduction to his final book, Dismantling the Empire, America’s Last Best Hope (just out in paperback), he took up a recurring topic of interest to him: “the choice between republic and empire,” and the way “our imperial dreams stretch our means to the breaking point and threaten our future.” Among “the alternatives available to us as a nation,” he wrote, “we are choosing what I call the suicide option.” He added that “it might not have to be this way, that we could still move in a different direction.” Those were, in a sense, his last words. How true they remain three and a half months after his death.