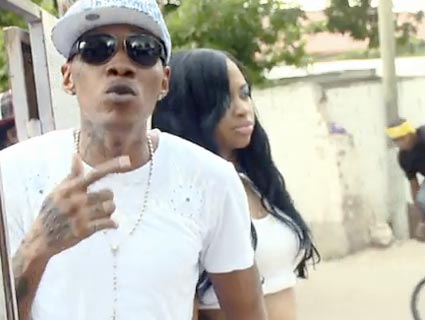 A Washington Post piece about the growing skin-lightening trend in Jamaica caught my eye last week. Apparently, bleaching is so popular on the island that dancehall stars even sing about it. The Post quotes some great lyrics from singer Vybz Kartel: “Di girl dem love off mi brown cute face, di girl dem love off mi bleach-out face.”

But cute as Vybz’s face might be, public health officials are not pleased. Skin-lightening products aren’t well regulated in Jamaica, and some can contain dangerous ingredients like mercury. Many are made with hydroquinone, an organic compound that can cause ochronosis, a condition where skin becomes tough and, ironically, dark.

The health risks posed by hydroquinone are well known. In fact, it’s banned in Japan, the EU, and Australia. But here in the US, it’s still available over the counter, and it’s on the FDA’s list of “generally regarded as safe and effective” (GRASE) ingredients. Strange, considering that the FDA acknowledges that hydroquinone causes ochronosis and even that it’s a potential carcinogen. In light of these concerns, the agency proposed taking it off the GRASE list in 2006, but little has happened since then. (Sound familiar?) “In the interim,” says the FDA on its hydroquinone website, “we believe that hydroquinone should remain available as an OTC drug product.” Naturally, industry groups are downplaying the ingredient’s health threat with their usual zeal. For a list of cosmetics that contain hydroquinone, check out the Environmental Working Group’s guide here.

If hydroquinone weren’t bad enough, some skin lighteners contain mercury. Of course, they’re illegal in the US, but they’re often smuggled in from other countries. In 2005, a team of NYC researchers found that women with high levels of mercury reported using skin-lightening creams. They then found 12 imported creams containing mercury for sale in NYC stores. (The city has since cracked down on these products.)

Chemical concerns aside, there’s a social dimension to all this, too. Check out this Indian commercial for the popular whitener Fair and Lovely (which doesn’t contain hydroquinone):

Oof. Of course, you’d be hard pressed to find a culture where messing with natural skin color isn’t common practice—consider the popularity of tanning salons in the US and Europe. But what’s especially weird about lightening creams is that they’re often made by western companies and marketed elsewhere. In this 2008 paper, UC-Berkeley ethnic studies professor Evelyn Nakano Glenn noted that even though sales of products containing hydroquinone are banned in the EU, manufacture for export to other countries is perfectly legal. Awk-ward.

My thanks to Sonya Lunder of the Environmental Working Group for her help with this post.