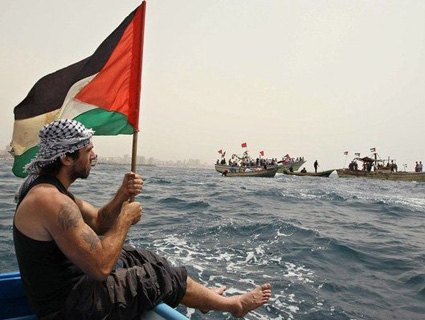 The jihadist militants in Gaza who kidnapped and murdered Italian journalist and human rights activist Vittorio Arrigoni could not have killed a more steadfast champion of freedom and justice for Palestinians.

I met Vittorio, known to his friends as Vik, during my first week of freelance reporting in Gaza last year for publications including The Nation, GlobalPost, and Jerusalem Post Magazine. Vik graciously offered to show me around. The first time we met, he recounted the Israeli army assaults that he’d witnessed, and advised me on humanitarian stories that I might cover in Gaza. He brought along his laptop, and offered to let me use his pictures and videos. He took deep puffs from his pipe as he told me about the things he’d seen, including the time he saw a friend of his killed in an Israeli airstrike. I remember feeling awed by his determination to perservere despite his grief.

Vik was a member of the International Solidarity Movement, the group to which 23-year-old American activist Rachel Corrie belonged when she was killed in 2003 while seeking to stop an Israeli bulldozer from destroying a Palestinian home. He’d come to Gaza three years ago as part of a 2008 flotilla mission that aimed to deliver humanitarian supplies to Gaza in violation of an Israeli blockade. (This was before last year’s flotilla tragedy, in which Israeli commandos seeking to stop the ships killed nine activists.)

He was among a handful of foreigners present in Gaza during Israel’s 2008 / 2009 invasion—he called it a “life-changing trauma.” During the invasion, Vik rode with ambulances to document civilian casualities; he took photographs of bomb wreckage, including many photos of dead children. Vik said that the ambulance workers, 22 of whom were ultimately killed during the war, were the most courageous people he’d ever met. I would say the same about Vik. 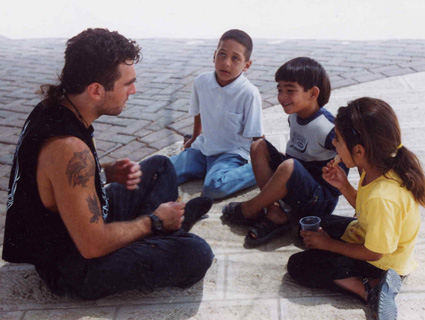 Last year, Vik published a book about the invasion, called Gaza Stay Human. He was working on a new book about the humanitarian crisis caused by the blockade.

To get out the word about the plight of Gazan civilians, Vik shot many videos. One shows an Israeli gunboat shooting water cannons and live ammunition at Palestinian fishermen.  Another shows a Palestinian farmer getting shot in the leg by Israeli soldiers while tending to wheat fields near or in the Israel-imposed “no-go zone.” (Israeli troops shot live ammunition at anyone who enters this unmarked 300 meter zone along the Gaza side of the border.)

In 2009, Vik was part of a group that retrieved the rotting body of a Palestinian man who was killed in the no-go zone. I watched a video of the gruesome scene; afterward, Vik bear-hugged the grateful, grief-striken father.

In the winter, spring, and summer of 2010, I observed Vik as he participated in weekly non-violent demonstrations against the no-go zone. The unarmed protesters would march into the zone, plant Palestinian flags, and then retreat—all the while getting shot at by Israeli snipers who typically aimed for the ground, or the protesters’ legs. A Maltan activist, 28-year-old Bianca Zimmit, was shot in the leg during one of the demonstrations; a Palestinian protester, 19-year-old Ahmed Deeb, was shot in the femoral artery and died of blood loss. Palestinian leaders called off the protests last fall.

The thugs who killed Vik reportedly came from a group known as the Salafis, who also kidnapped British journalist Alan Johnson in 2006 and held him for 114 days. After Hamas seized control of the Gaza Strip in 2007, it secured Johnson’s release, in part by threatening to kill the kidnappers’ family members. Hamas has imposed a zero tolerance policy on the kidnapping of foreigners and has created a special security division charged with enforcing it. Over the past few years, Hamas has killed and jailed many Salafi members including a leading Salafi Sheik who was arrested earlier this month. Vik’s murderers had demanded the release of Salafi members in exchange for his life.

In the wake of Vik’s death, expressions of condolence and outrage poured in from around the world. “Not in my name,” tweeted one Palestinian American. “No more hijacking my religion. My country. My cause. Fuck you, Salafi bastards.”

“I don’t know what’s happening to me. This is touching me in a deep way,” tweeted a Gazan journalist. “I can’t help but think: did he hate Gaza in his last moments?….Vik had the same flame we had. He was Palestinian….Why couldn’t we save him?”