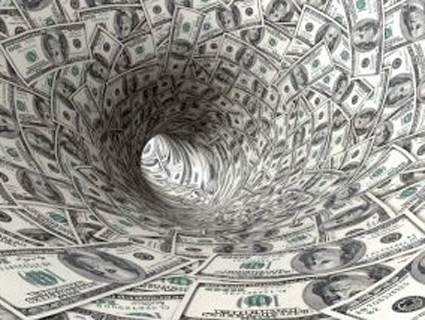 On a recent Tuesday morning, Democratic strategist Susan McCue sat in her bright, modern office in downtown Washington, DC, fuming over an editorial in the New York Times. The piece ripped two ex-Obama administration aides for leaving the White House to launch their own outside spending group for the 2012 presidential race. And it accused Democratic operatives in general of being “seduced by secret dollars.” McCue had good reason to be upset: She is, after all, one of those operatives, a key player in the campaign-finance arms race against Karl Rove, the US Chamber of Commerce, and the rest of the right-wing dark-money machine. In her view, she wasn’t seduced, but forced to fight to fire with fire. Or, as she put it: “What’s the benefit of sitting on the sidelines and losing your majority in the Senate, losing more seats in the House, and possibly losing the White House?”

A former chief of staff to Sen. Harry Reid (D-Nev.), McCue belongs to a group of seasoned politicos who are plotting the left’s outside spending strategy. After American Crossroads and other outside conservative spending groups paved the way for the GOP’s massive gains in 2010, McCue believes, as do many other Democratic insiders, that Dems have no choice but follow suit—especially with those same right-wing outfits hoping to raise more than $500 million for the 2012 elections.

McCue helped start Majority PAC, which has a single goal: preserving Democrats’ Senate majority. Along with her group, the Democrats’ outside spending strategy centers on three others: House Majority PAC, aimed at winning back the House; Priorities USA, devoted to reelecting President Obama; and American Bridge 21st Century, an opposition-research hub for the other outfits.

All of these groups are so-called super PACs, which can raise and spend unlimited amounts of cash to elect political candidates but must disclose their donors. Except for House Majority PAC, each also has a 501(c)4 affiliate, giving donors the option of anonymity. (These shadowy groups, known as “social welfare” organizations in IRS parlance, can engage in politicking, but that can’t be the majority of what they do.) In essence, they’ve adopted the model of American Crossroads and its dark-money arm, Crossroads GPS.

This headlong dive into outside spending and dark money marks a major reversal for Democrats. In the last presidential race, then-Sen. Barack Obama shunned so-called independent expenditure groups, and instead raised $750 million through his own presidential campaign. But that was before the Supreme Court’s Citizens United decision blew massive holes in the nation’s campaign finance laws, unleashing a torrent of corporate donations and unlimited spending by shadowy advocacy organizations. Obama’s team recognizes this—that’s why the White House has unofficially given its blessing to Democrats battling with Crossroads and the Chamber in the dark-money wars.

“We’re not going to outraise the groups in the Republican side,” says one Democratic strategist, “but we can spend that money more efficiently.”

It’s not just the New York Times that’s knocking Democrats for this shift. Fred Wertheimer, a longtime campaign-finance reform advocate who runs the group Democracy 21, criticized the use of secretive affiliates that mask their donors. “I don’t think anyone expected the Democrats to sit by and give the Republicans another election,” he says. “However, it’s wrong for these new groups to use (c)4 organizations to mask their contributors and there’s no justification for doing so.” Wertheimer’s group demanded an investigation last fall into Crossroads GPS and recently said it plans to request a similar probe into Priorities USA’s 501(c)4 arm.

What’s most striking about the Democrats’ 2012 outside spending strategy is the “unprecedented cooperation and cohesion,” as one strategist put it, the all-hands-on-deck attitude. In half a dozen recent interviews, the operatives behind these groups described a constant exchange of ideas and willingness to share resources as the organizations take shape. The day I met with McCue, for instance, her next appointment was lunch with Sean Sweeney, the ex-Obama administration aide who cofounded Priorities USA. “Most of us talk almost every day to each other,” says Monica Dixon, a veteran of Democratic PACs who serves as Majority PAC’s executive director. “We’re constantly looking for opportunities when we can share resources and eliminate overhead.”

That collaboration is, at times, more formal. While on the staff of Majority PAC, McCue also serves on the board of American Bridge. Harold Ickes, a former aide to President Bill Clinton, is an adviser to both Majority PAC and a donor to Priorities USA. With political infighting all too common today, McCue stressed the importance of so many top Democratics banding together—and how rare it is. “I want people to see how we’re all working together,” she says. “Because we never are.”

Nowhere is that clearer than with the new House and Senate super PACs, which both face daunting challenges. For House Majority PAC, that means closing a 48-seat gap; for Majority PAC, the magic number is $52 million. That’s how much GOP outside groups outspent their Democratic counterparts by on TV ads in 2010 Senate races, according to Dixon. “We cannot keep the Senate majority if we continue to allow them to have that kind of advantage on television,” she says.

Both groups grew out of existing organizations. The predecessor to House Majority PAC, which opened for business early last month, was America’s Families First Action Fund, a Democratic super-PAC that spent $5.9 million in 2010 attacking GOP House candidates from California to New Hampshire. Majority PAC, meanwhile, represents the marriage of two groups that were active in 2010 Senate races: Commonsense Ten, which spent $3.3 million, and Patriot Majority, an anti-tea party group that played a key role in Sen. Harry Reid’s reelection campaign. Patriot Majority, founded by the strategist Craig Varoga, will be the secretive arm of Majority PAC, though McCue says she doubts progressive donors will choose the anonymous route.

That early ad buy previews House Majority PAC’s strategy—hitting Republicans early and often. That is, after all, what the Crossroads groups did in the midterm elections, attacking Democratic candidates and framing the debate in those races. Lapp says doing so gives Democrats the best chance of knocking off vulnerable GOPers and protecting under-fire Dems. That, of course, means House Majority PAC will be targeting dozens of races throughout the country, and so a lean, no-frills operation is more important than ever. “The feeling among the Democratic strategists out there is we’re not going to outraise the groups in the Republican side,” Lapp says, “but we can spend that money more efficiently.”

“Ultimately, we’re trying to keep pace with the right wing and the resources of the Koch brothers and Karl Rove,” says former Obama aide Bill Burton.

Bill Burton, who cofounded Priorities USA, has lots of experience framing the debate. He’s a former spokesman for President Obama, Rep. Dick Gephardt, and the Democratic Congressional Campaign Committee. In a recent interview, Burton declined to discuss the group’s plans for the presidential election, saying it was too early to say for certain. But he name-dropped the likes of Karl Rove and the Koch brothers—half a dozen times, by my count—to emphasize what Democrats were up against.

Priorities USA has reportedly set a fundraising goal of $100 million for the presidential race. So far, the group has raised money from EMILY’s List founder Ellen Malcolm, Hollywood executive Jeffrey Katzenberg, and philanthropist Rob McKay (who’s also a Mother Jones board member). Still, with such an ambitious target, I asked Burton whether he envisioned potential fundraising conflicts between Priorities and other Democratic outside groups. He didn’t see a problem. “I think different people want to invest in different types of organizations,” he said. “Ultimately, we’re trying to keep pace with the right wing and the resources of the Koch brothers and Karl Rove.”

The last piece of the equation is American Bridge 21st Century, the brainchild of media guru David Brock. Brock is the founder of Media Matters for America, the liberal media watchdog that, in seven years, Brock has grown from a three-person shop to a $10-million-plus operation employing upwards of 90 researchers, trackers, and more. Now, Brock is looking to replicate that success in the arena of electoral politics.

American Bridge will serve as a clearinghouse of opposition research and candidate tracking that will feed information to the other three independent expenditure groups for use in TV ads, mailers, or other advertisements. It won’t look like your typical oppo research shop, said a Bridge official who requested anonymity to discuss early planning. Traditionally, an outside research firm would dig up everything it can find on a candidate and then hand over a thousand-page tome stuffed into a three-ring binder. Bridge officials, however, want “to make it a living, breathing operation,” says the official. That could mean publishing the group’s research and tracking on a standalone website, and maintaining constantly updated profiles of GOP candidates available to the public.

Bridge plans to have trackers—who, armed with video cameras and voice recorders, can capture candidates’ campaign trail missteps à la George Allen’s “Macaca” debacle—based in states throughout the country. Trackers will also work out of DC and fly out to different states when needed, said the official.

All told, Bridge and its dark-money branch hope to raise $15 to 20 million for the 2012 cycle alone. The group has no plans to wind down after the upcoming election cycle. “We will be around cycle after cycle—donors like that,” says the official. “We’ll be a permanent piece of the campaign infrastructure.”

I heard that same message repeatedly in interviews about the Democrats’ new independent expenditure groups. This isn’t a one-and-done scenario, they stress; they want to be an enduring presence in American politics. “This is something we have to continue,” says Majority PAC’s Dixon, “if we’re going to compete with what’s coming from the other side.”