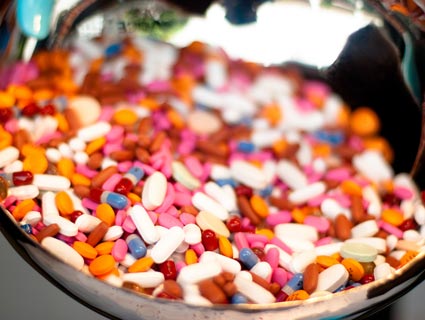 The days when Big Pharma showered doctors with branded coffee mugs, pens, notepads, and other freebies ended in 2008, when many pharmaceutical companies voluntarily agreed to stop doling out drug tchotchkes in an attempt to curry favor. Now, the multi-billion dollar pharmaceutical industry’s influence is more subtle.

A new article in the American Scholar notes that Big Pharma is quietly manipulating the contents of trusted medical journals. As the former editor of the British Medical Journal, Richard Smith, told writer Harriet Washington, “All journals are bought—or at least cleverly used—by the pharmaceutical industry.”

Below, a look at the American Scholar‘s findings:

First, it starts with heavy advertising—revenue that many medical journals need to stay in print. Then, drug makers leverage the financial power from their ad dollars to pressure journals into excluding drug research trials that show negative or ineffective results. It doesn’t end there, though. According to the American Scholar, many drug-reviewing experts published in medical journals are paid by drug makers. Reviewer’s bias, anyone?

Doctors rely on medical journals for the newest pharmaceutical research findings and unbiased scientific insight into their field. “When you are published in a medical journal, especially one of the top ones, this gives the article a certain imprimatur that makes people less critical,” says bioethicist Joel Lexchin. The American Scholar article notes that when these journals’ objectivity is compromised, doctors may believe that “medications in trials are more effective than they are.” Click here to read the American Scholar piece.