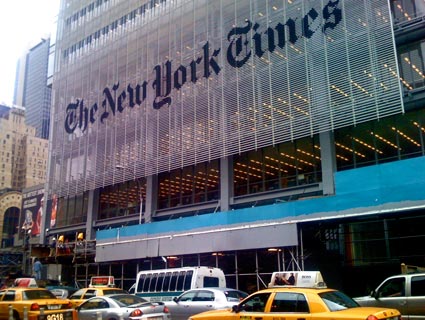 Page One: Inside the New York Times

Director Andrew Rossi opens his doc with shots of clunky presses spitting out broadsheets—footage that feels dated, and that’s the point. He catches the Gray Lady at a moment when print is waning and the bosses are scrambling for ways—a paywall?—to survive the impending digital era. Rossi becomes “part of the furniture” at Times HQ as journos mull the value of Twitter, whether to publish WikiLeaks docs, and how best to cover the demise of newspapers. And while the film’s big unanswered questions might leave viewers feeling untethered, the paper’s personalities—from editors’ goofy antics to reporters coaxing sources into going on the record—leave us believing that all the news that’s fit to print isn’t doomed quite yet. “Of course we will survive,” insists media columnist David Carr, the film’s smack-talking star. “You,” he reminds his fellow journos, “are a bunch of tenacious motherfuckers!”