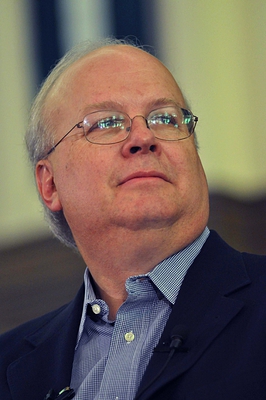 Election Day 2012 is still 17 months away, but already a shadowy outside spending group has announced it will spend $20 million on ads bashing President Obama’s record on the economy, jobs, and the nation’s debt.

Want to know who funded the “Shovel Ready” ad? Too bad. Crossroads GPS is what’s called a 501(c)4 group, or “social welfare organization,” under IRS tax law. That means the group can engage in politicking, but it can’t be the majority of what they do. But more importantly, Crossroads GPS does not have to disclose who its donors are. It’s a secret. When Crossroads GPS files its fundraising paperwork with the IRS for the 2010 election, which it has yet to do seven months after the fact, there won’t be any donor names at all.

Think of Crossroads GPS’ $20 million ad buy as a preview for what’s to come in the 2012 presidential election. In fact, Crossroads GPS’ sister group, American Crossroads, which does have to disclose its donors, has pledged to spend a staggering $120 million during the 2012 election cycle to unseat Obama and win the majority in the Senate. On the Democratic side, as I reported in May, there are an array of outside spending groups focusing on the presidential, House, and Senate races intended to counter the right wing’s flow of dark money. After watching the GOP cruise to victory in 2010, with the help of the Crossroads groups, they’re building their own war chests for 2012. “What’s the benefit,” one Democratic strategist told me, “of sitting on the sidelines and losing your majority in the Senate, losing more seats in the House, and possibly losing the White House?”

Already Democrats are using the “Shovel Ready” ad as a way to raise as much as $400,000 this week, The Hill reported. The Democratic Senatorial Campaign Committee, the main fundraising arm for Senate Democrats, blasted out an email to supporters highlighting the GPS ad and asking for money. “It’s a huge buy,” wrote DSCC official Guy Cecil, “but we can fend them off in the states they’re targeting IF we hit this fundraising goal on Thursday.”