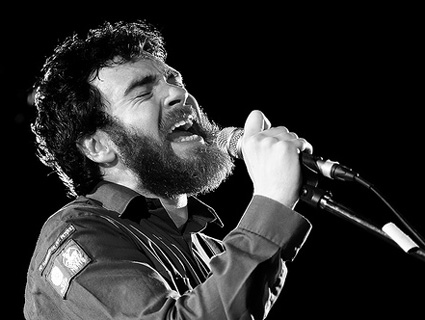 When New Zealand native Liam Finn released his first album, I’ll Be Lightning, in 2008, he handily made an impression on the indie-pop set with soul-stirring singles like “Second Chance.” Finn, the son of Crowded House frontman Neil Finn and former lead singer of Betchadupa, is blessed with smooth vocals and instrumental versatility (he plays just about everything) that have made his transition to solo artist an easy one. Now, he’s taking aim again with this 10-track, highly-evolved second album, which hits the streets on June 21.

An acronym for Fear of Missing Out, FOMO is a hodgepodge of genres, the overall effect of which makes for a pretty pleasant listen. There’s the aforementioned indie-pop; soaring, choral background vocals; disembodied, spacey hints of nu-gaze; and rock-influenced, deliberate, electric-guitar riffs. Although most of the record pays homage to the minor key, the single “Cold Feet“—probably the most straightforward track—is an uppity nod to ’60s guitar and vocal stylings.

“Cold Feet” mourns a disintegrating romance—the burn of love is one of the predominant themes here. There are relationship highs, relationship lows, growing pains, identity crises. The opener, “Neurotic World,” takes on unrequited love in breathy lyrics and dramatic, ethereal keyboard. “Real Late” is dark and captivating, lamenting mistakes of unions past. “Oh, a storm passed over / Warm in the arms of another,” Finn sings. “We already made enough trouble / Hell, we were so cruel to each other.”

In “Don’t Even Know Your Name,” Finn layers a chorus of voices a la old-school-girl-group paired with a brisk hand clap over spastic guitar and touches of synth—and the result is stunning. On “The Struggle,” (listen to it above) angry lyrics interplay with a soft background melody, leaving you feeling…happy? Sad? Finn deftly disregards his self-edit button, and he has no problem jerking his listeners around, whisking us between eras and emotions before we know what’s hit us. Yet somehow the experience isn’t jarring. It’s a fascinating ride, with a burgeoning musician trying to work every angle.

“We wanted to create music that, once you got into it, you could appreciate was good,” Finn writes on his website. “But when you first heard a song, there was just something about it that made you respond, instantly.” Mission accomplished.