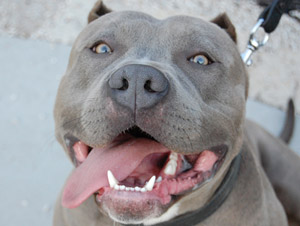 When I called my sister Jessica on Friday afternoon, she told me to look for the rusted-out couch frame on the front porch; I couldn’t find her house, which I’d never been to before. And by “her house,” I mean a house that has been foreclosed on and abandoned and in which she squats with three other people.

“There’s not much to see,” she said of the spacious two-story after she let me in the back door. The previous owners ripped up the kitchen walls for remodeling. In lieu of furniture, the family room has piles of discarded crap along the walls and in the corners. Upstairs in the bedrooms there are mattresses from the attic on the floor, marker on the walls (NIETZSCHE SUCKS), clothes hanging from a pull-up bar jerry-rigged out of wood and bolted to the ceiling. One of the downstairs rooms has a couch in it, and that’s where my sister’s boyfriend, Randall, was sitting.

This house used to belong to his parents. They bought it 10 years ago. Now, though it’s big and has nice (albeit filthy) wood floors, it’s valued at $40,000, which is less than they still owed on it, so they packed up and moved out last year. By that time, Randall had been looking for jobs as a line cook for months with no luck. Some of the positions he applied for had 150 other applicants. Eventually he gave up on the prospect of using his skills and shot for low-paying jobs like being a dishwasher. He applied all over town, but gave up on that, too, shortly after he asked the person in charge of hiring for a $7-an-hour job if they’d gotten a lot of applicants and the guy said, “Oh yeah. Seventy.”

Jess and Randall, 35 and 33 respectively, have been living here since September. During the day, she puts on a nice white shirt and serves people $20 appetizers at a restaurant in Shaker Heights, one of the wealthiest Cleveland suburbs and once the wealthiest city in the country. At night, she goes back home a few miles away to Cleveland Cleveland, to a neighborhood she calls “the ‘hood.” Crime statistics seem to support this description; Cleveland’s currently ranked one of the most dangerous cities in America.

While we were sitting around chatting, the back door slammed and footsteps approached. “Is someone HERE?” my sister asked, and between the squatting and the state of the neighborhood there’s so much edge in her voice that I instinctively braced myself and we both started to get to our feet. There’s a pet pit bull in the house, but he’s a pussycat. A 23-year-old unemployed buff Navy vet who was discharged for depression and anxiety also lives here in the house, but he was very, very high. Anyway, it was just Randall’s sister stopping by to say hello. “Do you want to see my gun?” my sister asked me, and she took me upstairs to show me where she keeps it in her room and explains she’s got fucking throwing knives in her car.

Before this, they were renting half of a duplex at a pretty reasonable $400 a month. But Randall’s been out of work for a long time now, and there’s not much point in paying rent when this house is just standing here empty. It’s something of a trend to occupy abandoned homes in the post-housing-crash world, and Randall’s kind of a pro at this point. His grandmother also lost her house a little while back. She was disabled—when she worked at an auto plant in her 30s, a piece of sheet metal that flew off a rack sliced off both her feet; she took out a mortgage on her paid-for house after her husband died; she couldn’t keep up with the payments and had to leave. When it was foreclosed on and empty, Randall moved in.

For the bulk of the time I spent at my sister’s, she and Randall and the vet all talked about getting out of town, moving somewhere where there might be opportunities—West, Oregon. But they imagine they could probably get away with inhabiting this place for quite a while. “They probably won’t get around to coming and throwing anybody out for a long time,” says Randall, who knows from experience. “At the rate houses foreclose around here, they can’t keep up.”