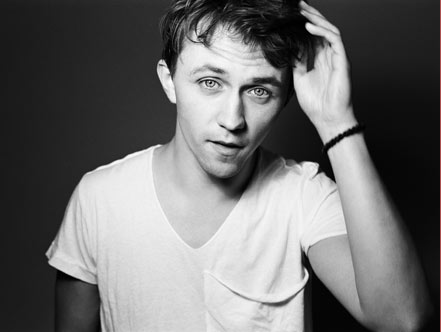 God knows there are too many damned singer-songwriters about. Or, rather, too many who try to make a go of it beyond the open-mic circuit. So whenever someone truly outstanding comes along, it’s like, Thank You! As it happens, two singer-songwriters very much worth your while are releasing new albums tomorrow.

Exhibit A is the new self-titled CD by Sondre Lerche, a Norwegian-born Brooklynite with an impressive vocal range, whose earnest, intelligent lyrics and mellifluous voice feel like an antidote to our jaded and skeptical culture. 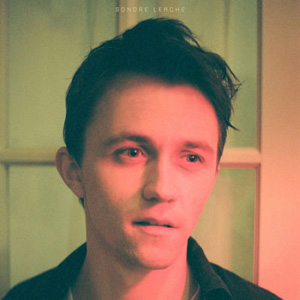 This young gent has been putting out music for some time. This is his sixth album to date, and he features prominently on the soundtrack for the 2007 Steve Carell film, Dan in Real Life. He’s performed on Letterman (see below). He collaborates with members of Animal Collective and Spoon, and the likes of Regina Spektor (who collaborates with a wide variety of people, but still).

Lerche has a keen melodic sense and is careful to avoid clichés—or perhaps he just does it without thinking. Classically trained and schooled in Bossa Nova (among other things) he varies his rhythyms and instrumentation (guitar, strings, piano, percussion, vocal choruses) between songs and within, always keeping things interesting. His sound, alternately upbeat and brooding on this album, is nonetheless suffused with his happy-go-lucky Beatles-y vibe, and psychedelic hints of, say, a band like Sunny Day Real Estate.

The new songs are, as we say in Oakland, hella catchy—like “Private Caller,” whose opening evokes early REM, and the uber-poppy “Go Right Ahead.” Other standouts include “Domino” and “Living Dangerously.” But there are numerous others. This is an album I will listen to over and over.

I’ll leave you now with this 2007 clip of Lerche playing the Letterman show. Don’t forget to check out Exhibit B: England Keep My Bones, by the talented young Brit, Frank Turner.