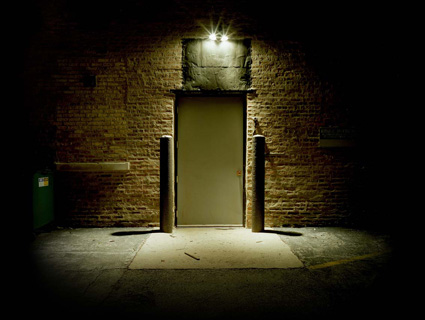 As Weinergate blows up the Twittersphere, and Rebecca Black’s parents reportedly fund the 13-year-old to create an abomination of a YouTube music video, isn’t it time we reintroduce a little more exclusivity to the web? Aren’t we all nostalgic for the days when Facebook was accessible only by Hahvahd? Politicians seem to be. Congress has shied away from Twitter, with tweets from our nation’s representatives dropping almost 30 percent since the news of Rep. Anthony Weiner’s (D—N.Y.) scandal broke, according to government-tweet-tracker TweetCongress.

That’s where The World’s Most Exclusive Website comes in. A digital art project, the site limits entry to the internet elite: verified Twitter accounts. Sadly, this does not include me. When I and all other Twitter hoi polloi approach the site, we are welcomed with a forbidding door and brick wall. After attempting to log on, we are let down with a tongue-and-cheek banner: “Verified Twitter accounts are reserved for the famous or otherwise socially significant. You are being redirected to a slightly less discriminating destination.”

That destination is Olive Garden’s homepage. After such a rejection, Four Cheese Pastachettis has never sounded more comforting.

After my failed attempt to sneak into the site, I found an interesting twist to the project: even those with verified accounts are redirected to doors. Granted, there are a variety of doors, from carved museum doors to dreary bathroom doors, each chosen based on the number of Twitter followers the account has. Still, they’re just doors. This is getting downright philosophical. Aren’t we all trying to gain entry to something more exclusive, regardless of our status?

The project was designed by three internet artists and pranksters extraordinaire: Jeff Greenspan, Mike Lacher, and Chris Baker. Greenspan was behind the “Tourist Lane” stunt that separated tourists from New Yorkers on a city sidewalk. Lacher designed The Geocities-izer, a ’90s wallpaper throwback to one of the original social networking sites, GeoCities.

Thank you, gentlemen, for creating a website that doesn’t allow us to publicly humiliate ourselves. Then again, it’s still just as easy to commit embarrassments the old-fashioned way via Christmas cards.