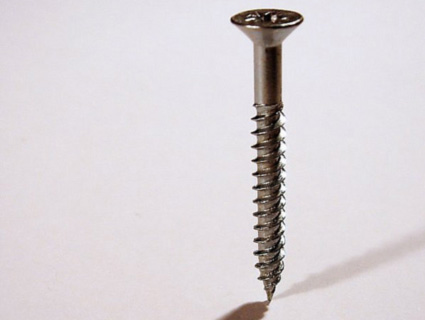 Wildly unpopular Republican Ohio governor John Kasich has a proposal: to cut $8 billion from his state’s 2011-2013 budget. Despite plenty of controversy since he unveiled the plan in March, both the Republican-controlled state House and Senate have passed versions of it. The only thing left to do is sort out the differences in conference committee before final passage at the end of the month.

While Kasich is indeed facing a gaping budget hole (though some say he’s exaggerating its size), many argue that the reforms unfairly punish lower-income Ohioans. Democratic representatives say it “balances the budget on the backs of the middle class.” One provision gets rid of the estate tax, which applies to only the top eight percent of estates, and another would enact income-tax cuts that return way more money to Ohio’s top earners. Let’s break down who’s carrying the bulk of the proposed budget’s burdens:

State workers: Local governments are probably the biggest losers in Kasich’s budget, losing 50 percent of their funding by the second year of the plan. And prison workers worry that the provision to sell off Ohio’s prisons will lead to layoffs. Altogether, a report by think tank Innovation Ohio estimates, the budget will cause a loss of 51,000 state jobs.

People who enjoy learning and/or teaching stuff: Education loses 11.5 percent of its current funding in the Kasich budget. According to the Ohio Education Association, that would mean firing 10,000 teachers. Cleveland schools are already planning to lay off at least 500 educators. At the university level, the cuts average 13 percent. Ohio State, one of the largest universities in the nation, soon will be presenting its plan to account for the deficit to its board. Spokeswoman Shelly Hoffman says the budget-balancing measures include early retirements, not filling vacancies, and raising tuition for the second year in a row.

People who go to libraries or whose houses catch on fire: Mike Gillis, communications director of the AFL-CIO, says the union’s concerns with the budget are “too long to list,” but that problem number one is “definitely the massive loss of public sector jobs.” Those cuts won’t just affect state workers. Library funding, for example, will be cut 5 percent, on top of a 30 percent cut since 2000, while demand for services has grown 23 percent in the same period. And since a lot of Ohio cities spend much of their funds on public safety, cuts to local governments mean big hits to fire and police departments. Like in Circleville, where Mayor Chuck Taylor is fretting about how to maintain the town’s infrastructure. “We’re cut to the bone now,” he told the Columbus Dispatch. “I don’t know what we are going to do. It’s going to be devastating to us, to be honest.”

Women who need an abortion: In a bizarre move—in that it’s not meant to save money—the Senate slipped limits to abortion access into its version of the bill last week. One provision bans unincorporated (read: mostly rural) counties from covering abortion in their employee insurance plans. Another bans publicly funded hospitals from performing the procedure. That affects “pretty much all the public hospitals in the state,” says Ohio NARAL’s Kellie Copeland. “Some of them are the top hospitals in the state, who have top OB-GYNs who specialize in high-risk pregnancies.” Exceptions will be made in cases of rape, incest, or when a woman’s life is in danger. Republican lawmakers say these measures will keep taxpayer dollars from going toward abortions. Copeland says they don’t, since taxpayer dollars are legally banned from going toward abortions in Ohio; procedures at public hospitals already have to be paid with private funds.