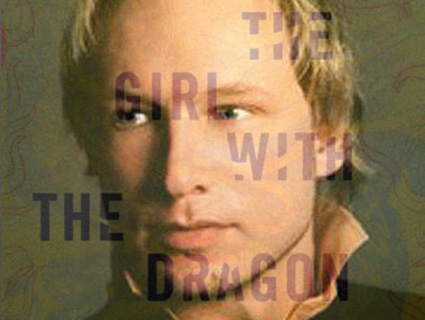 Stieg Larsson is the best-known novelist of the past decade, his Millennium Trilogy read by tens of millions of people worldwide. The Girl with the Dragon Tattoo and its two successors are beloved for their thrilling plots and compelling title character. But Larsson also embedded in his novels the abiding cause of his life: his crusade against the far-right movements that he saw as the scourge of Scandinavia and a threat to modern European society. Yet this part of his message never quite got through. Instead, the world stood in shock this weekend as Norway fell victim to precisely the kind of extremist violence Larsson had warned about.

The trilogy that has been met with such an enthusiastic but curiously apolitical response was written by a consummately political man: Raised by a grandfather who had been imprisoned during World War II for his anti-Nazi views, Larsson was in his youth a member of the Communist Workers Party and editor, for a time, of the Swedish Trotskyist journal Fjarde Internationalen. He later became the Scandinavian correspondent of Searchlight, the British anti-fascist and anti-racist magazine, and in 1995, amid an uptick in neo-Nazi violence in Sweden, he founded its Swedish equivalent, Expo—the model for the Millennium magazine featured in his trilogy. In the US, both Expo and Searchlight have maintained ties with another group that tracks the far right, the Institute for Research and Education on Human Rights. As an expert on the neo-Nazi movements, Larsson was once invited to lecture on the subject at Scotland Yard.

As Expo grew, the neo-Nazis in Sweden targeted it, threatening Larsson (who died in 2004) and his partner of 30 years, Eva Gabrielsson. According to Gabrielsson’s book, “There Are Things I Want You to Know” About Stieg Larsson and Me, both of them were placed on hit lists and were in enough danger to barricade their apartment doors and arrange for special police protection. “Stieg would receive bullets in the mail, and once someone was waiting for him outside the entrance of the TT building [where he worked]. Warned in time, Stieg slipped out a back door,” Gabrielsson writes.

“Our answering machine was set permanently on ‘record’ to keep evidence of the threats we received,” she continues, “and they were always in the same vein: ‘Piece of shit, you Jew-fucker…Traitor, we’ll tear you apart…and we know where you live.'” At the sign of the slightest provocation on their apartment block, police cars would descend on the street. The danger was undeniably real: Two journalists who once worked for Expo and were later employed by Aftonbladet, one of Sweden’s largest newspapers, wrote an expose of the neo-Nazi black-metal music operations. One of them was seriously injured when his car was bombed. A labor union leader who revealed neo-Nazi names was shot dead.

These events, and what Larsson felt was the government’s failure to protect citizens, made their way into Larsson’s fiction, says Gabrielsson, for example via the murders of Dag Svensson and Mia Bergman in The Girl Who Played With Fire: “In fact, everything of this nature described in The Millennium Trilogy has happened at one time or another to a Swedish citizen, journalist, politician, public prosecutor, unionist, or policeman. Nothing was made up.”

Up until recently, Sweden has had Scandinavia’s most well defined neo-fascist movement, with the Norwegian movement comparatively small and scattered. However, far-right splinter factions are in touch with one another across Europe and even with their counterparts in the United States. Larsson and Devin Burghart, of the Institute for Research and Education on Human Rights, were coauthors of a 2001 Searchlight article that laid out ties between the National Alliance, an American neo-Nazi group, and the “black metal” scene in Norway. At the time the Alliance was led by the since-deceased William Pierce, the leading guru of the American racist far right and the author of the The Turner Diaries, which has been called the bible of domestic terrorism. Pierce had set up a cultural conduit for the neo-Nazi movement by taking over Resistance Records, a white-power record company in the United States, along with a Norwegian company called Cymophane.

Want to learn more about the Oslo attacks? You can read a translation of Breivik’s internet comments here; check out our detailed, updated explainer on the attacks here; or read Tim Murphy’s story about how the conservative WorldNetDaily website suggested the attacks were a lefty plot here.

In the wake of this weekend’s attacks in Oslo, it was Expo that once again was at the forefront, exposing what is so far suspect Anders Behring Breivik’s most direct link to the contemporary neo-Nazi scene in Scandinavia. In his manifesto and on the website where he regularly posted, Breivik portrays himself as a conservative Christian and heir to the Knights Templar crusaders. At the same time, Breivik’s ideology was reportedly influenced by the anti-Muslim, anti-immigrant, racist Norwegian Defence League and its inspiration, the English Defense League. He also appears sympathetic to the established racist line of the British National Party and National Front. And he has been a member of the anti-immigration Progress Party, the second-largest political party in Norway.

Expo revealed that since 2009 Breivik has also been part of the forum Nordisk (Nordic), whose 22,000 members, according to Expo (in a translation provided by Searchlight), range “from high-ranking members of the Sweden Democrats, a nationalist party with seats in the Swedish parliament, to leading members of the Nazi movement and to unhinged psychopaths. What unites the whole lot is a hatred of immigration and immigrants.” A favorite topic was The Turner Diaries.

Despite the tireless work of Larsson and his successors at Expo, Norway seem to have put relatively little stock in the threat of homegrown extremists. In its annual threat assessment, published at the beginning of the year, the Norwegian security service reportedly said that “far-right and far-left extremist communities will not pose a serious threat to Norwegian society in 2011.”

Writing in the Guardian, Matthew Goodwin, an expert on British fascist movements, argues that “until now, European democracies and their security services had focused almost exclusively on the threat from al=Qaida-inspired terrorism. Rightwing extremist groups and their more violent affiliates were dismissed as disorganised, fragmented and irrelevant movement.” The Norway attacks, he says, might “prove to be a watershed moment in terms of how we approach far-right followers, groups and their ideology.” If so, European governments will at last be heeding Stieg Larsson’s warning.