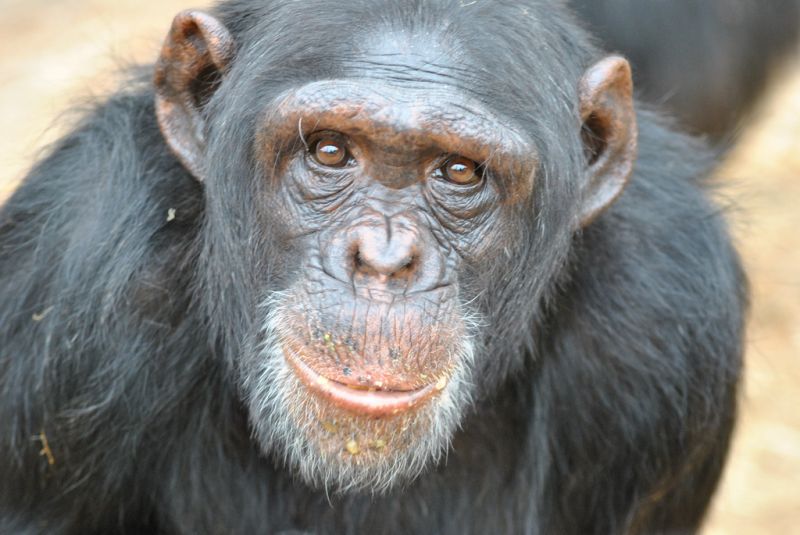 I’ve been strangely entranced/repulsed by the trailers for The Rise of Planet of the Apes, the Planet of the Apes prequel which explains how those damn, dirty apes got so smart in the first place. (Hint: it involves James Franco and DNA). This movie has everything I could want: San Francisco-centric plot, science experiments gone horribly wrong, people of color speaking with British accents, and did I mention James Franco?

It got me thinking: how smart are chimps anyway? Well, pretty smart. When raised by a human, chimp babies outperform human babies of the same age in IQ tests. As adults, chimps make and use spears to hunt. They are better than humans at some memory tasks and form complex social hierarchies. A new study this week showed that not only are they smart, they stay that way throughout their lives: humans, on the other hand, suffer brain shrinkage and dementia in old age. “Understanding differences in aging between humans and other primates may help scientists figure out why human brains are susceptible to age-related dementias,” said one writer of the study.

Wait a second. If chimpanzees don’t get Alzheimer’s and their brains don’t age, why is James Franco experimenting on them in Rise of Planet of the Apes? Studying their brains makes sense, but testing would be better done on an animal that actually develops Alzheimer’s like mice, wouldn’t you think? At any rate, chimpanzees have recently been trumped by orangutangs as the most intelligent non-human animals. Unlike chimps, orangutangs make little hats out of leaves to wear when it rains. They’re almost entirely vegetarian and are pretty peaceful, in contrast to chimps who go on the occasional murder-spree. I guess chimps are a better fit for The Rise of Planet of the Apes, since our new orangutang overlords would probably just amp up habitat conservation and institute a fruit-based currency system. That sounds about as terrifying as a manatee-led revolution. That is to say, slow and gentle and not really fit for the silver screen.