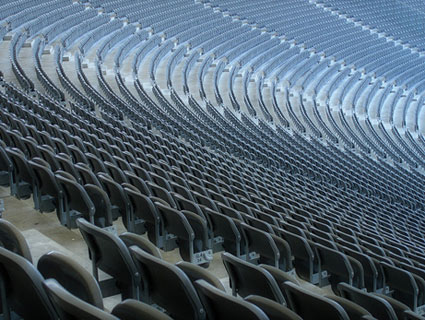 Editors’ note: Science magazine correspondent Mara Hvistendahl was a college student in China when she first saw an elementary school classroom where boys seriously outnumbered girls. Returning to China as a journalist several years later, she set out to investigate how, exactly, an estimated 163 million females came to be missing from the Asia’s population—in South Korea, Vietnam, and Georgia, as well as India and China. The compelling result is Unnatural Selection: Choosing Boys Over Girls, and the Consequences of a World Full of Men, a new book that both shows how Western organizations and scientists played a role in introducing sex selection to Asia and paints a bleak picture of societies where a dearth of women puts everyone at risk.

In the weeks since the book came out, Hvistendahl has been making the rounds, addressing the World Affairs Council, the World Policy Institute, and officials from the US State Department. New York Times columnist Ross Douthat (read our profile of him) cited the book’s revelations about sex selection to argue against abortion. Evolutionary biologist Richard Dawkins weighed in, too, claiming Hvistendahl was attacking science over advances in prenatal technologies—to which the author responded with a post suggesting that Dawkins hadn’t actually read the book. But many who have agree that it’s a thought-provoking look at a mounting demographic problem. The following excerpt is adapted from the book’s opening chapter.

Midway through his career, Christophe Guilmoto stopped counting babies and started counting boys. A French demographer with a mathematician’s love of numbers and an anthropologist’s obsession with detail, he had attended graduate school in Paris in the 1980s, when babies had been the thing. By the time he started his Ph.D., birth rates were falling around the world, but the populations of many developing nations were still growing, and it was hard to shake the idea lingering in demography that overpopulation was a grave threat. Like many demography students at the time, he concentrated on studying the drop in fertility, searching for clues of what factors proved decisive in lowering a country’s birth rate.

He did his dissertation research in Tamil Nadu, a state in southwestern India where the fertility rate had fallen to European levels even as personal income remained low. But over the course of working in India, he realized that there, at least, demography’s big story had changed. People were not simply having fewer children. They were having fewer girls. Population growth had been slowed, in part, by reducing the number of daughters.

Outside of the pocket of rural Tamil Nadu where Guilmoto happened to do his field research, Indians rarely killed infants. “Everybody talked about infanticide because it carried more emotional weight,” he recalls. “But actually it was hardly in existence.” As it turned out, Tamil Nadu was in fact one of the states where girls had a better prospect of survival, while in 2001 the northwest, a wealthy region considered India’s breadbasket, reported a regional sex ratio at birth of 126—that is, 126 boys for every 100 girls. (The natural human sex ratio at birth is 105 boys for every 100 girls.) The cause for this gap, Guilmoto quickly learned, was that pregnant women were taking advantage of a cheap and pervasive sex determination tool—ultrasound—and aborting if the fetus turned out to be female.

The link to technology was alarming, for it meant that India’s skewed ratio of male to female newborns was an outgrowth of economic progress, not backward traditions. And it wasn’t just happening in India. Guilmoto found that several other Asian countries exceeded the biological upper limit of 106 boys born per 100 girls. In the 1980s, South Korea, Taiwan, and parts of Singapore registered sex ratios at birth exceeding 109. By 2000, Azerbaijan, Armenia, and Georgia would show sex ratios at birth of over 115, and significantly skewed birth ratios would later appear in Vietnam and Albania as well. In preliminary census results released this spring, China reported a sex ratio at birth of 118 boys per 100 girls, while India, which uses an alternative statistic, reported 914 girls for every 1,000 boys, ages 0-6. People, Guilmoto realized, were engineering what he calls “rampant demographic masculinization”—a change with potentially grave effects for future generations. “It was very difficult,” he told me, “not to see it as a revolution.”

In 2005, Guilmoto calculated that, had Asia’s ratio remained at its natural equilibrium of 105 over the past few decades, the continent would have had an additional 163 million women and girls. Since then, the lopsided birth totals of China and India have boosted the global sex ratio at birth to a biologically improbable 107.

If 163 million women were missing from the US population, you would certainly notice—but only if you were a man.

If 163 million women were missing from the US population, you would certainly notice—but only if you were a man. That’s because there would be no women left. Imagine the nation’s malls and supermarkets, its highways and hospitals, its boardrooms and classrooms exclusively filled with men. Imagine the bus or the subway or the car that takes you to work, then erase the females commuting alongside you. Erase your wife and your daughter. If you are a woman reading this, erase yourself.

Imagine this and you come close to picturing the scale of the problem. But because women have disappeared from Asia and Eastern Europe, what little you’ve heard about the imbalance probably came in the form of an international news brief. Gender imbalance is treated as a local problem, but it is a local problem in the way a superpower’s financial crisis or a neighboring country’s war is a local problem. Skewed sex ratios in the developing world have led to a slew of secondary human rights abuses, and those are issues the rest of the world must address.

Because the reduction in the number of females in the population has paralleled a reduction in the global birth rate, this new generation—call it Generation XY—is the largest that will hit many developing countries for decades to come. Even using conservative UN population projections, which assume that couples soon start having boys and girls in equal numbers (which is highly unlikely), restoring the global gender balance will take until 2050.

Which means we’re already stuck with large numbers of what demographers call “surplus” men, the ones left over in an imagined world where everyone who can marry does so. Men doomed, should they be straight, to a life of singledom. Overstock. But the loneliness that accompanies bachelorhood is the least of Asia’s problems. Surplus men have been going to great lengths to find women—and in many cases succeeding. As the first generation touched by sex-ratio imbalance grows up, the silent biological discrimination that is sex selection has been exacerbated by more visible threats to women, including sex trafficking, bride buying, and forced marriages.

In South Korea and Taiwan, increasing numbers of men obtain wives on one-week “marriage tours” of Vietnam—a trade similar to America’s mail-order-bride industry but so pervasive that in South Korea more than 1,000 international marriage agencies have registered with the 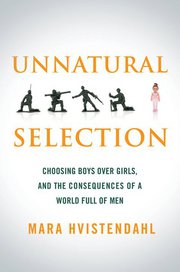 As Generation XY matures in other parts of the gender-imbalanced world, moreover, even these crude tactics will not be an option. Men in western China, eastern India, Vietnam, Georgia, Albania, and other countries with recent or looming sex-ratio imbalances won’t be able to import women, because at some point in the near future the supply of women will dry up.

“The idea of importing brides to solve the shortage in women may work in countries with lower populations, but in a huge country like China they are just a drop in the ocean,” Tian Xueyuan, deputy director of the China Population Association, recently told the China Daily—as if diminishing numbers were the only problem with bringing in boatloads of bought foreign women. “It’s not a realistic solution.”

“These good-looking boys will face trouble in the marriage market,” Guilmoto says. “The surplus will pile up.”

Lately, Guilmoto, now affiliated with the institut de recherche pour le développement in Paris, has dedicated himself to calculating precisely how bad the male surplus will be by, as he puts it, “trying to marry these guys off.” The outlook is grim. “It’s not sustainable” he says. “It’s not such a great idea to have children of only one gender. At the beginning it’s a dream—I call it a male utopia.” He smiles slightly. “But if you start imagining that the neighbors are going to do the same, then these good-looking boys will face trouble in the marriage market. The surplus will pile up.”

It won’t just be forlorn single men who will suffer in 2020s Asia and 2030s Eastern Europe. Other scholars have begun to calculate the impact that hundreds of millions of surplus men will have on everything from health care to crime. Historically, societies in which men substantially outnumber women are not nice places to live. Sometimes they are violent: Leaders in both China and India now see the imbalance as a threat to social stability.

In the number of lives it has touched, Guilmoto says, sex selection merits comparison with AIDS. In the introduction to Watering the Neighbour’s Garden, a collection of scholarly papers on the global sex-ratio imbalance, he and coeditor Isabelle Attané point out that AIDS has claimed an estimated 25 million lives worldwide—a mere fraction of the number of missing females.

In 2008, indeed, HIV commanded fully one-fourth of global spending on health. AIDS has the attention of nongovernmental organizations, policymakers, and schoolchildren around the world. It boasts its own United Nations agency. Sex selection recently yielded an UN statement—a document released from the World Health Organization and other agencies in mid-June outlining a program for addressing the gender discrimination underlying the global preference for boys. But beyond that, the practice remains mostly invisible, a pervasive and yet quiet epidemic observed only by demographers scrutinizing birth registration records years after the fact—and, of course, by the hundreds of millions of people who live or will live in communities where women are scarce.