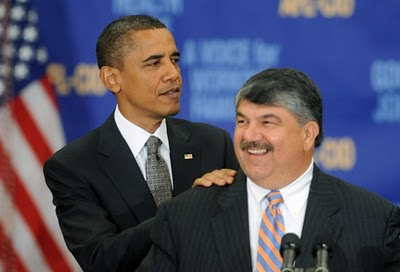 The AFL-CIO, the largest labor federation in America, is considering launching its own “super PAC.” The move would allow the labor group to rake in unlimited amounts of campaign cash from inside and outside its affiliated unions to spend in state and federal elections. If the new political action committee gets the final stamp of approval, the Associated Press reports, it would join more than 100 super PACs already raising and spending money to influence the 2012 elections.

The explosion of super PACs onto the political scene came after the Supreme Court’s Citizens United decision, which opened the door to unlimited political spending by corporations and labor unions. Here’s more from the AP on the AFL-CIO’s plan to potentially capitalize on that decision:

The move would also help steer more of labor’s money to state legislative battles, where unions have been battling efforts to curb union rights in states like Wisconsin and Ohio.

“The essential idea is that changes in the law for the first time really allow the labor movement to speak directly to workers, whether they have collective bargaining agreements or not,” AFL-CIO political director Michael Podhorzer said in an interview. “Before, most political resources went to our own membership.”

Labor leaders discussed the plan at the AFL-CIO executive council meetings earlier this month, but officials said the idea remains subject to final approval over the next few weeks.