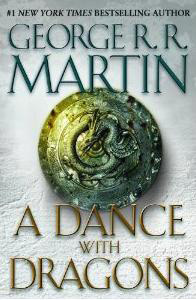 At 62, novelist and former Hollywood screenwriter George R.R. Martin is more famous than he’s ever been. “A Song of Ice and Fire,” his epic fantasy series, just finished its first season as an HBO television show, and his latest book, a 1,040-page tome called A Dance With Dragons, recently hit No. 1 on the New York Times bestseller list. The HBO show, dubbed Game of Thrones after the first book in the series, has been a commercial success, spurring sales of all five novels. Martin has been praised as the American J.R.R. Tolkien and profiled in The New Yorker, and HBO has vowed to continue making Game of Thrones “as long as [Martin] keeps writing.”

Martin is popular because his books are “fantasy for people who hate fantasy,” or “The Wire in Middle Earth,”  as some reviewers have explained. Fair enough: Martin’s descriptions are rich, his plotting detailed, and his writing engrossing. I’m a fan—I’ve read all of the books several times, and even the most flawed bits of the series (and A Dance With Dragons may be the most flawed) leave you desperately wanting to know what happens next.

But all is not well in Westeros. A Dance With Dragons is the fifth of at least seven books. At this point in the narrative, readers have been following the action in Martin’s magical, medieval world for years. The number of named characters has risen into the hundreds, the series is laboring under its own weight, and Martin’s most pedantic critics are beginning to negatively affect his work.

Here’s the problem. Martin’s novels, like those of the late Robert Jordan (also a frequent occupant of the No. 1 slot on the Times list), are told from the viewpoints of a gaggle of different characters. The technique allows Martin to spin massive, globe-spanning tales of war and peace (well, mostly war) and still provide windows into characters’ internal lives. A character who seems villainous in one book might seem sympathetic once you understand his motives.

But the multiple-POV technique also has some glaring weaknesses. Martin is fairly aggressive about killing off even the best-loved of his characters (the series has been praised for its “realism” on that front), but characters still tend to proliferate. The first book, A Game of Thrones, was told from eight different viewpoints; the fourth book, A Feast for Crows, had 17; A Dance With Dragons has 18. Those numbers actually understate the problem, though, because much of A Feast for Crows and A Dance With Dragons take place contemporaneously. A series with around 30 point-of-view characters and at least a dozen ongoing storylines is inevitably going to start fraying at the seams.

It’s hard to coordinate the timelines of dozens of different characters who are doing different things in different parts of different continents. In The New Yorker profile, Martin expresses a deep fear of, say, having a character show up somewhere before he should:

Making sure that the chronologies of the different stories line up has particularly bedevilled Martin. He said, “I have to ask myself, ‘How long is it going to take this character to get from point A to point B by ship? Meanwhile, what’s happened in the other book? If it’s going to take him this long, but in the other book I said that he’d already arrived there, then I’m in trouble. So I have to have him leave earlier.’ That kind of stuff has driven me crazy.”

Martin is in the unusual position of being a writer whose work is attended to even more closely by his readers than by himself. And, as the panorama of “A Song of Ice and Fire” has grown ever more expansive, Martin has become increasingly afraid that he’ll make mistakes. He has already made some tiny ones: “My fans point them out to me. I have a horse that changes sex between books. He was a mare in one book and a stallion in the next, or something like that.” The eyes of one supporting character are described as green in one passage and blue in another. As Martin puts it, “People are analyzing every goddam line in these books, and if I make a mistake they’re going to nail me on it.”

Martin’s fear of fact-checkers seems to have done a good deal of damage to A Dance With Dragons. A writer who has become obsessed with travel timelines and minor details will produce a book that seems, well, obsessed with travel timelines and minor details. (Some spoilers, including names of surviving characters, follow.) A hefty portion of A Dance With Dragons consists of characters traveling to meet other characters. Three main players—the young, foolish prince Quentyn Martell; the brutal admiral Victarion Greyjoy; the foul-mouthed, drunken, whoring, dwarf nobleman Tyrion Lannister (played memorably by Peter Dinklage in the HBO version)—are traveling to the former slaver city of Myr Meereen*, where the child-queen Daenerys Targaryan has seized power, freed the slaves, and is trying to figure out how to rule.

The problem is that most of that travelling and scene-setting is boring, and there are actually so many characters that there’s not enough space in this review to mention all of their storylines. The characters see new sights, but they don’t do much evolving, and they don’t have much of an effect on other characters. Just because a character has to travel to be somewhere at a certain time doesn’t mean that readers need all of that description. Some of it can be elided, or summarized in flashback. Quentyn Martell, particularly, could have been largely done away with. He plays a key role in the plot towards the end of the book, but readers could have figured that out from one POV chapter instead of four. And by the end of A Dance With Dragons, neither Victarion Greyjoy nor Tyrion Lannister has even met Daenerys Targaryen in person. They’ve basically spent the entire book traveling. (Daenerys’ evolution, meanwhile, idles for most of the book while Martin tries to get the other characters to her. The really significant things that happen to her occur in the last couple hundred pages.)

The most interesting story in A Dance With Dragons, by contrast, is about a character who stays in one place. Jon Snow is the Lord Commander of the Night’s Watch, a motley crew of disgraced noblemen and ex-cons who are sworn to defend the realm against mysterious supernatural forces to the north. Until recently, this hasn’t been much of a struggle, since the Night’s Watch guards a massive, effectively inpenetrable wall of ice that forms the Seven Kingdoms’ northern border and the whole world has been in the midst of a long, pleasant summer. (In Martin’s world, seasons can last for years, and monsters and creepy-crawlies are far more active in the winter.)

It’s clear from Martin’s interviews and public statements that he has struggled with the pressure of living up to his fans’ expectations. His latest book shows that pressure is getting to him.

But as winter approaches, the supernatural forces north of the Wall (it’s always capitalized) have been stirring, sending the scattered tribes that live in the north fleeing south. Jon, who realizes the Night’s Watch is unprepared to face winter, decides to offer the northern tribes safety south of the Wall in exchange for their help in facing the supernatural threat. Whether Jon can prepare the Watch—a conservative, hidebound institution—for a different, more dangerous future is the question that drives A Dance With Dragons forward. Jon is a character who is trying to force massive change in a short period of time and is constantly tempted to shirk his obligations. Wanting to see whether he was able to make those changes, and whether he caved to his temptations, is what kept me reading.

There are other interesting narrative threads here—whether Daenerys can be a good ruler, for example—but too often, they get lost in between chapter after chapter of travel. Jon Snow’s story, which can be read as a parable about the difficulty of forcing social change, cuts through the noise.

A Dance With Dragons closes with a one-off point-of-view chapter from Kevan Lannister, the crown regent of the Seven Kingdoms. Martin lets readers know that while the rest of A Dance With Dragons has been going on, Kevan has been doing yeoman’s work bringing the Seven Kingdoms together in the wake of a long war. Unfortunately for Kevan, his efforts are thwarted by Werthead Varys, the Seven Kingdoms’ longtime spymaster and a character whose motives, five books into the series, remain hazy at best. Readers are left wondering why we had to hear so much about people sailing halfway around the world when there was a fascinating story about politics, alliances, and betrayal happening back home in the Seven Kingdoms.

It’s clear from Martin’s interviews and public statements that he has struggled immensely with the pressure of living up to his audiences’ expectations. A Dance With Dragons shows that pressure is getting to him. Instead of aggressively pushing the storyline forward, he’s getting distracted by the little details that fanboys harp upon but that most readers (especially now that the HBO series has broadened his audience) couldn’t care less about. Jordan, the author to whom Martin is perhaps most frequently compared, ran into the same problem. It got so bad that the seventh novel in his “Wheel of Time” series covers just five days worth of action.

Thankfully, there’s a solution readily available. It’s called editing. The commercial pressures of the book-publishing industry and the enormous amount of time it has taken Martin to produce each book in the series (A Dance With Dragons took half a decade) create incentives for skipping or dramatically curtailing this part of the creative process. That’s a mistake, and a disservice to readers (or at least to the readers who don’t attend fan gatherings or curate Martin fansites). Martin’s publishers should take it upon themselves to spend a bit more time (and if necessary, make fans wait a bit longer) with the next volume of this series. And Martin himself should stop worrying so much about the nitpickers and take it upon himself to rein in the sprawl.

Don’t worry, sir. Your next book will be at the top of the Times list, loved by fans, and made into HBO shows whether or not you give readers every detail of every character’s every journey, or even get all of them right. Those nasty critics will probably even like it more. And I promise to cut you some slack if someone shows up somewhere a bit early. We’ll just call it “favorable winds.” Or, you know, magic.

Front-page photo of George R.R. Martin via Malenkov in Exile/Flickr

Correction: As Matunos points out in the comments, they’re travelling to Meereen, not Myr. Thanks Matunos—and sorry for the error.