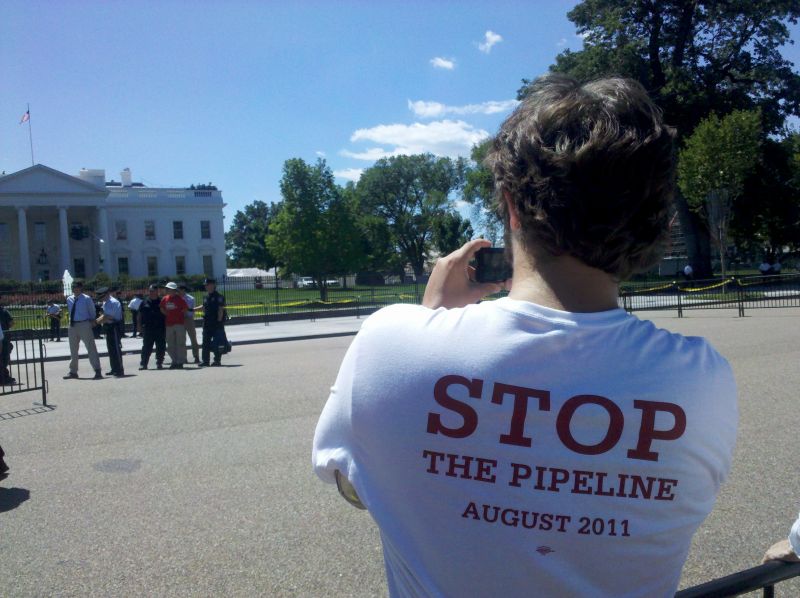 UPDATE: The State Department did issue the environmental impact statement on Friday, as expected, concluding that it would have minimal impact if it is constructed. However, an official from the State Department said that the EIS “should not be seen as a lean in any direction, either for or against the pipeline,” as there are still additional reviews that must be completed before a final decision is made.

ORIGINAL POST: The total number of pipeline protesters arrested outside the White House hit 322 on Thursday, and the biggest day of action is still expected on Saturday. But protesters might get some disappointing news, if this piece in the Washington Post is accurate:

The State Department will remove a major roadblock to construction of a massive oil pipeline stretching from Canada to Texas when it releases its final environmental assessment of the project as soon as Friday, according to sources briefed on the process.

The move is critical because it will affirm the agency’s earlier finding that the project will have “limited adverse environmental impacts” during construction and operation, according to sources familiar with the assessment who asked not to be identified because the decision has not been made public.

After that assessment is released, the State Department is still planning to hold public listening sessions in September, and there’s supposed to be a wider evaluation of whether or not constructing the pipeline is in the government’s interest. That assessment could look more closely at whether the pipeline fits in with our energy needs and with the Obama administration’s stated goals on addressing climate change.

In any case, if the release is issued tomorrow, it would certainly add more urgency to the ongoing protests outside the White House. Mother Jones contributor Bill McKibben also wrote today about why he decided to get arrested this week in protest of the pipeline.