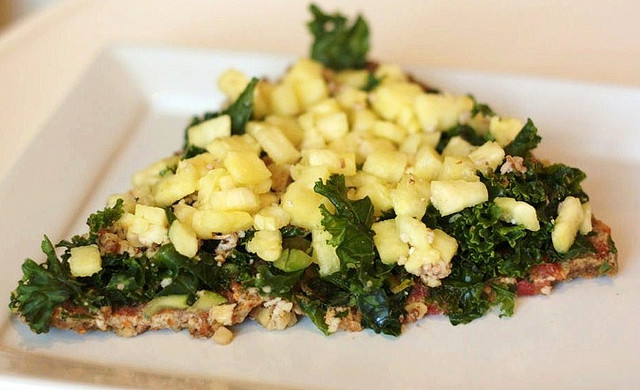 A study published in Health Affairs this week showed that Americans were not meeting the federal nutritional guidelines, and to do so they’d have to spend more money. This had headlines across the country crying out that it cost additional hundreds of dollars a year to eat healthy. “High Cost of Healthy Eating Out of Reach for Many,” wrote USA Today; “A New Study Finds That Healthy Eating is a Privilege of the Rich,” said another outlet. But hold on: was the study really about the impossibility of affordable healthy food, or the incredible cheapness of unhealthy food? A writer at Grist found it to be the former. From Grist:

The authors [of the study] looked at four basic nutrients that the USDA recommends Americans get more of: potassium, calcium, vitamin D, and fiber. Then they looked at the buying habits of a group of residents from King County, Wash. (an area that includes Seattle) and calculated the increase in cost for them to do just that. The eye-opening finding that got most of the press coverage was that increasing consumption of potassium to meet USDA recommendations “would add $380 per year to the average consumer’s food costs.”

But even the study authors admit that there’s a wrinkle here worth noting: They didn’t search out the cheapest source of potassium (bananas, for the record) to come up with that figure. They performed statistical analysis to model a diet higher in those nutrients based on what the study participants were already buying. That’s very different from trying to shop on a budget!

As Grist also mentioned, healthy eating is possible on a budget, but not easily: two writers were able to eat healthily for $2.38 per person, per meal, but it involved a lot of planning and research. High-fat, high-sugar foods are much easier to obtain, and cheaper: the study’s authors noted how re-allocating 1% of a person’s daily caloric intake from nutritious foods to fat or sugar would reduce food costs by $125 per person yearly. And this wasn’t even counting food eaten outside the home, like fast food, which wasn’t included in the study. Another limitation of the study: it was a small-scale study involving 2,000 people from one county. So while it does seem clear from the study that Americans could benefit from nutritional education, as well as subsidies for healthy foods, sometimes studies should be taken with a grain of salt.