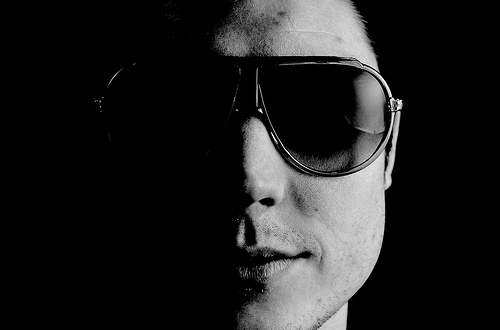 A new paper in Global Environmental Change has a generated some interesting chatter online. The title, “Cool dudes: The denial of climate change among conservative white males in the United States” sums it up the central question pretty well: Why do white guys think climate change is a bunch of baloney?

Via Chris Mooney, here’s the summary of the data on conservative white males, or CWM:

— 14% of the general public doesn’t worry about climate change at all, but among CWMs the percentage jumps to 39%.

— 32% of adults deny there is a scientific consensus on climate change, but 59% of CWMs deny what the overwhelming majority of the world’s scientists have said.

— 3 adults in 10 don’t believe recent global temperature increases are primarily caused by human activity. Twice that many – 6 CWMs out of every ten – feel that way

It’s not exactly shocking news, if you’ve ever taken a moment to consider that white men seem to make up the majority of the audience for Fox News, Glenn Beck, or Rush Limbaugh. The authors boil it down to a few psychological explanations: “identity-protective cognition,” or seeking out and believing that which affirms the beliefs or values one already holds, and “system justification,” or a motivation to defend the status quo.

Mooney also raises a good point about one theory the report authors left out of the discussion: “social dominance orientation.” Basically, the idea is that white men like things they way they are now, because so far they’ve made out pretty well. They also seek out and are affirmed by others who believe the same things (i.e., Limbaugh and Beck). Mooney explains it eloquently:

Rather, I simply think they experience modern climate science and climate advocacy as an affront, an attack on them and what they believe. They were brought up in a certain way, they believe certain things, and they have no reason to think of themselves as bad people—and indeed, mostly they’re not bad people. They give to charity. They go to church. They provide for a family. And so on.

But then they perceive all these attacks on their values coming from outsiders—hippie environmentalists and ivory tower climate scientists. If you didn’t do anything wrong, and you consider yourself as reasonable and intelligent–but people are attacking you and your values—you maybe get kind of outraged and worked up.

What I wonder, though, is how much shifting demographics will affect this. Demographers expect that white people will become the minority in the US in the next 40 years. So the next generation of white men will not be as large or politically powerful, for one. And they might also be less inclined toward those psychological traits, having perhaps not enjoyed quite the vaunted status of our current generation of white guys.

But that also creates the potential for a backlash. As conservative white males become less numerous and powerful, this might increase the tendency toward protectionism/withdraw/hostility, particularly on the question of climate change.

Anyway, there are more interesting thoughts from Mooney, David Ropeik, and David Roberts—all of whom happen to be white dudes.