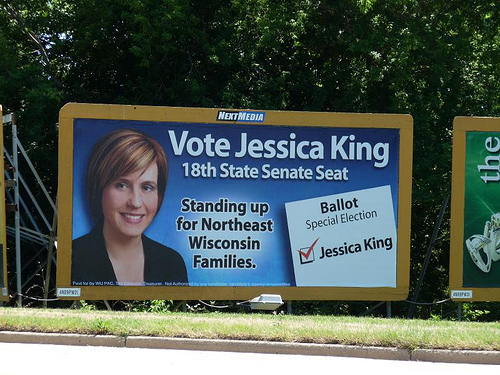 Mike Tate, chair of the Democratic Party of Wisconsin, was positively sunny earlier this week in a call with reporters about the state of play in Wisconsin’s looming recall elections. Against a slate of six GOP state senators, Tate said, internal polling showed Democrats leading in three races and neck-and-neck in the other three. But there’s a big problem with any Wisconsin recall polling, Democratic or Republican: The Badger State is in uncharted territory.

The state has never before held nine recall elections in the middle of the summer. (Nor has so much money been showered on Wisconsin elections.) That means pollsters have no frame of reference to gauge what the turnout will be in the August 9 recalls, which target the six GOPers, or in the August 16 recalls, which target two Democratic senators. (One Democrat, Dave Hansen, already won his recall—more on that later.) That’s a big deal, because in summer elections like these, turnout is everything.

“We don’t have a precedent for this,” Mark Mellman, the well respected Dem pollster who is conducting recall polling for the Wisconsin Democratic Party, acknowledged to me. “The nature of the turnout is so uncertain that it really will make a huge difference. We’re dealing with big uncertainties.”

Mellman said that three of the key races—though he wouldn’t specify which—are so close that if turnout doesn’t break the Dems’ way, it could throw them to Republicans. He described them as “all very close races that could go either way.”

Democrats understand this. At a Friday afternoon rally in the town of Waupun, Jessica King, a Democrat challenging GOP Sen. Randy Hopper in Wisconsin’s 18th district, repeatedly urged the lively three-dozen or so attendees to ask at least one more friend, one more family member, one more somebody, to get out and vote on Tuesday. King knows how crucial turnout is: In 2008, she lost to Hopper by 163 votes out of more than 80,000. “It really comes down to who gets out the vote,” she told the crowd.

One of the few available indicators of how the turnout will look next week was the re-election victory of Democrat Dave Hansen in mid-July, the first general recall election of the summer. Hansen cruised to victory, and the turnout neared 31,000—a figure suggesting an energized electorate in Hansen’s Green Bay-area district. So the big question is: Can Democrats replicate that energy in six districts scattered throughout the state? Their hopes of snatching back the majority in the Wisconsin senate depend on it.