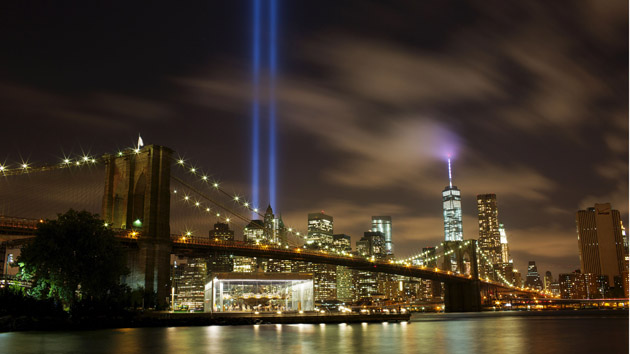 Editor’s Note: This piece was first published on the 10th anniversary of 9/11. As we commemorate the anniversary of the attacks that changed so much about our world, this story about what remained unchanged—politics—is as relevant as ever.

That’s the mantra that emerged from the horrific attacks of September 11, 2001. In certain areas of our collective lives, it was an accurate description. Security concerns increased. The United States went to war in two far-away lands. It engaged in brutal practices that amounted to torture and opened secret prisons and the ever-controversial Guantanamo facility. Ugly barriers went up around public facilities. Navigating airports became a new kind of nightmare. 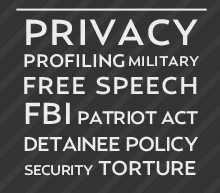 Also see our table of laws that have changed in reaction to 9/11.

But as the dust was settling, commentators and pundits also applied the changed-everything observation to other aspects of our society. Americans would become more united as citizens and more engaged with the world beyond their national borders. (Students did flock to Arab studies programs; CIA recruitment soared.) Our national discourse would become more serious—and such obsessions as shark attacks and the tragic disappearance of Capitol Hill intern Chandra Levy (the big stories during the summer of 2001) would be supplanted by more significant and important fare. Our politicians would devote more effort to advancing common interests rather than accruing political gain. We would all be better versions of ourselves.

For a time, some of that happened—on both mundane and more notable levels. Americans, anecdotal evidence indicated, became a bit more contemplative about their lives and priorities. In the weeks after 9/11, people were more courteous drivers (at least in Washington, DC). They gave other motorists more room and yielded more readily. The media produced stories about America’s place in the world; they explored the simplistic question, “Why do they hate us?” And the politicians did seem to ponder how to govern in a less divisive manner. President George W. Bush’s approval ratings skyrocketed, as Americans of various political bents, including those who had previously scorned the chad-enabled commander-in-chief, rallied around him.

But life often reverts to form, and change is fleeting and not necessarily a guarantee of progress. At some point, the old driving behaviors returned. Americans never did become very well informed about foreign affairs. A political culture of division and spin resumed. And these were all connected—well, maybe not the driving.

This week, the University of Maryland released a 9/11-related poll showing that many Americans remain ignorant about the link between 9/11 and the war Bush and Dick Cheney launched in Iraq. Nearly half of the respondents noted that Iraq was “directly involved” in the 9/11 assaults (15 percent) or gave “substantial support” to Al Qaeda without participating in those attacks (31 percent.). Neither is true. Iraq, as the 9/11 Commission reported, had not been in league with Al Qaeda. It had not provided “substantial” assistance—or any aid of note, for that matter—to Osama bin Laden and his mass-murderers.

The same poll also found that about half of Americans (47 percent) believe that prior to the Iraq war, the regime possessed actual weapons of mass destruction or had a major WMD program under way. Again, not true.

Obviously, the trauma of 9/11 did not cause Americans to become knowledgeable about the United States’ most significant overseas endeavor. But one reason for the widespread misbelief is that the political leaders of the country, in the aftermath of the attacks, soon resorted to the usual tactics to manipulate the public discourse, rather than elevate it.

Bush and Cheney notoriously misrepresented the WMD case for war to gin up popular support for the invasion. Afterward, they insisted for years—including in their recent memoirs—that they had not hyped the evidence. But prior to the invasion, they repeated falsehoods and exaggerated flimsy intelligence, and after they were proven wrong they dismissed the significance of their misleading assertions. And while greasing the way to war, both men also had insinuated that Saddam Hussein was in cahoots with Al Qaeda, when no intelligence backed up this emotion-stirring charge. In the years since, neither has confessed to leading the public astray on that front.

Even though case-closing facts emerged to show that Bush and Cheney had distorted information to move the nation toward war, their actions appear to have indelibly shaped the false perceptions still held by about half the public. The shock of 9/11 did not cause Americans to be more discerning.

September 11 was a missed opportunity for the entire nation. Within the political culture, we did not lift up the better angels of our nature.

Moreover, the Bush administration did not refrain from exploiting 9/11 in the most direct political sense. Within months of the attacks, it was back to business as usual. In January 2002, Karl Rove suggested that Republicans should point out that Democrats would not protect Americans as well as GOPers in the so-called war on terror. Later that year, a private Rove PowerPoint included advice to candidates that they “focus on the war” in their campaigns. That September, as Congress was in the final stretch of the midterm congressional elections, Bush insisted that it quickly consider legislation permitting him to launch the Iraq war, guaranteeing that the run-up to the elections would be dominated by Iraq, not his tax cuts for the wealthy, the environment, health care, or anything else that Democratic candidates wanted to talk about.

Two years later, the keynote speaker at the Republican convention, Sen. Zell Miller, an archly conservative Democrat supporting Bush, accused the Democrats of caring more about “partisan politics than national security” and making the nation “weaker.” He added that Democrats “don’t believe there is any real danger in the world.” He absurdly charged that Sen. John Kerry, the Democratic presidential nominee, “would let Paris decide when America needs defending.” This was an unprincipled swipe at the patriotism of an entire party. At the time, Slate‘s Will Saletan wrote:

Every one of these charges is demonstrably false. When Bush addressed Congress after 9/11, Democrats embraced and applauded him. In the Afghan war, they gave him everything he asked for. Most Democratic senators, including John Kerry and John Edwards, voted to give him the authority to use force in Iraq. During and after the war, they praised Iraq’s liberation. Kerry has never said that any other country should decide when the United States is entitled to defend itself.

Miller’s fear-mongering and dishonest speech, vetted by Bush’s political team, was the epitome of the Bush-Rove (or Rove-Bush) effort to politicize 9/11 and the subsequent wars.

In the years since, politics certainly has not improved. The bitter and divisive assaults from the right on Barack Obama of the past several years—he’s a secret, foreign-born, socialist, anti-colonialist, Kenyan-like Muslim who pals around with terrorists and wants to destroy the economy through Obamacare in order to wipe out Americans’ freedom and wealth—are proof that the very brief post-9/11, let’s-get-along glow is long gone. Some conservatives might argue that the left’s Bush-is-a-treasonous-war-criminal rhetoric was an equivalent debasement of the national debate. But such talk was hardly embraced or enabled by leading Democrats. When the health care reform tussle raged in the House of Representatives in 2009, Republican leaders hosted a tea party rally, where angry demonstrators chanted “Nazis, Nazis,” referring to Democratic House members. This brought no rebuke from Reps. John Boehner or Eric Cantor, the top two GOPers (who each attended). The event did not even spark a major controversy. The harsh discourse of the Bush years had become harsher.

Anti-Bush partisans might be tempted to heap all the blame on W. for having perverted a national moment for his own benefit. At that time of tragedy, there did seem an opening to nudge—or at least try to nudge—the national political discourse in a more principled and honorable direction. He chose not to do so. But the culpability extends beyond the guy who happened (due to the unusual circumstances of a Florida election and the iffy reasoning of five Republican-appointed Supreme Court justices) to be in the Oval Office when Bin Laden attacked. If most Americans had demanded more of Bush, he might not have been able to sidestep this obligation so easily. September 11 was a missed opportunity for the entire nation. Within the political culture, we did not lift up the better angels of our nature.