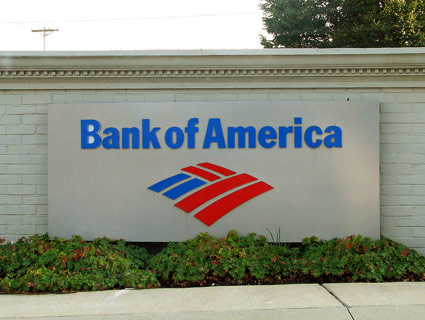 This story first appeared on the ProPublica website. It has been updated to reflect Bank of America’s response.

The state of Nevada dramatically expanded its lawsuit against Bank of America today, turning the narrow case it filed late last year into a broadside that targets virtually all aspects of the bank’s mortgage operations. Bank of America has previously denied wrongdoing.

The sweeping new suit could have repercussions far beyond Nevada’s borders. It further jeopardizes a possible nationwide settlement with the five largest US banks over their foreclosure practices, especially given concerns voiced by other attorneys general, New York’s foremost among them. (You can read the suit here.)

In a statement, Bank of America spokeswoman Jumana Bauwens said reaching a settlement would bring a better outcome for homeowners than litigation: “We believe that the best way to get the housing market going again in every state is a global settlement that addresses these issues fairly, comprehensively and with finality.”

The suit also weakens a separate, 2008 multistate settlement in which Countrywide promised to evaluate troubled homeowners for loan modifications.

Most broadly, Nevada’s action signals that the banks’ problems with home mortgages—the main cause of the financial crisis—continue to burden them and rattle investors. Bank of America, the nation’s largest bank and company that services mortgages, has seen its stock plunge about 40 percent since March, in part because of its mortgage liabilities. Nevada’s action won’t help.

Nevada’s attorney general charges that Bank of America and the now-defunct mortgage giant Countrywide acquired by the bank in 2008, deceived borrowers and investors at almost every stage of the process.

According to the suit, borrowers were duped into unaffordable loans and then victimized again through a misleading mortgage modification program that homeowners tried to use to avoid foreclosure. Finally, the suit alleges, the bank filed fraudulent documents to move forward with the foreclosures.

“Taken together and separately, [Bank of America’s] deceptive practices have resulted in an explosion of delinquencies and unauthorized and unnecessary foreclosures in the state of Nevada,” the suit alleges.

The state’s suit had previously been confined to the modification issue. At that time, Bank of America also said homeowners would be best served not through litigation but through reaching a multistate settlement that would “broaden programs for homeowners who need assistance.”

By expanding the suit, Nevada’s Catherine Cortez Masto joins New York Attorney General Eric Schneiderman in stepping up investigations of the bank. In addition to initiating a broad investigation of banks’ securitization practices, Schneiderman recently filed a suit charging that Bank of America had fraudulently foreclosed on homeowners.

A coalition of all 50 state attorneys general has been seeking a settlement with the five largest banks to address their foreclosure practices, such as the filing of thousands of false sworn statements with state courts. Some critics have said the states were speeding to an agreement without thoroughly investigating the banks’ abuses.

Last week, fissures in the coalition became public when Iowa Attorney General Tom Miller, who leads the 50-state coalition, removed New York’s Schneiderman from the group’s executive committee because, he said, Schneiderman had “actively worked to undermine” its efforts by opposing any quick settlement. As part of any settlement (reportedly in the range of $20 billion to $25 billion), the banks have been seeking a wide-ranging release from future legal claims, not just those related to foreclosure practices. Schneiderman has publicly rejected that idea and pushed ahead with his investigation.

Masto’s suit signals that Nevada may also reject any settlement in the near future on the foreclosure issues. Two other attorneys general, notably those from Massachusetts and Delaware, have also voiced concerns recently about any broad waiver of claims.

Nevada’s newly expanded suit also undermines a previous settlement between Countrywide and numerous attorneys general. In 2008, as part of that settlement, Bank of America agreed to implement a mortgage modification program to address charges that Countrywide’s marketing and lending practices had defrauded borrowers. That promised wave of modifications never came, however, so Nevada alleges Bank of America has breached the agreement. The expanded suit revives those allegations.

In its new claims, Nevada also charges that Countrywide bungled the process of bundling loans into securities by not properly documenting the transfer of assets. Despite the lack of documentation, Bank of America has fraudulently pursued foreclosure on these homes anyway, the suit charges.

New York’s Schneiderman made similar charges earlier this month when he sued Bank of New York Mellon, which, as trustee for several pools of Countrywide loans, was supposed to oversee the securities for investors. Countrywide’s failure to transfer complete mortgage loan documentation “impair[ed] the value of the notes secured by those mortgages” and “triggered widespread fraud, including Bank of America’s fabrication of missing documentation,” the suit charges.