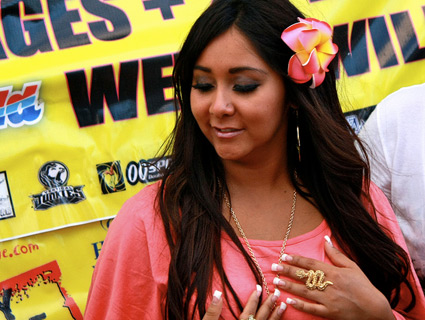 Sure, progressive types can grumble plenty about the things Chris Christie has done. For starters, New Jersey’s Republican governor has proposed reckless gutting of his state’s Medicaid program, compared teachers’ union reps to drug cartels, and lavishly spent taxpayer dollars on himself along the way.

But at least he doesn’t like MTV’s Jersey Shore. Reuters reports:

“As chief executive, I am duty-bound to ensure that taxpayers are not footing a $420,000 bill for a project which does nothing more than perpetuate misconceptions about the state and its citizens,” Christie said in the letter. …

The response from MTV…was sober and brief. “The governor’s decision will not impact the show,” MTV spokesman Nathaniel Brown said.

In other words, the governor is refusing to subject anyone to a government-sponsored this:

That’s something even the most Christie-hating liberal in the Garden State should be able to proudly support.