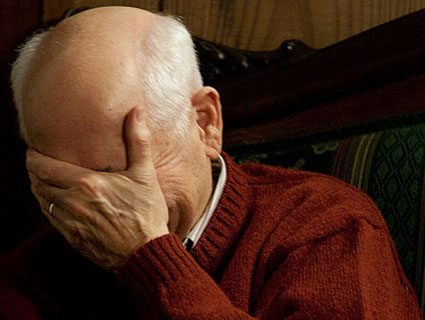 Earlier this week, I published a post pointing out that the Daily Caller‘s claim that the EPA plans to hire 230,000 employees to enforce new climate regulations is false. Since then the Daily Caller has quadrupled-down on the claim, despite a number of other outlets—first Politico, then Greg Sargent’s Washington Post blog—also pointing out that it was flat-out wrong. Now the Caller has published an editor’s note that, rather than reasserting the claim, attempts to reframe their entire argument.

In the note, David Martosko, the Daily Caller‘s executive editor, claims that the EPA “might hire as many as 230,000.” This is a different argument than the Caller was making earlier this week, which was that the EPA actually planned to do this. (It’s also different from the argument the Caller made to Politico, which is that its claim was true simply because massive bureaucratic overreach is what EPA is wont to do.) But the argument still misclassifies the entire context of the figure, which is that it came from a legal brief in which EPA was defending an attempt to avoid taking that action.

Despite what Martosko claims, Greg Sargent didn’t vindicate the Daily Caller‘s story—he merely offered the publication another opportunity to once again defend its (false) claim. The Washington Examiner story, which Martosko also suggests vindicates the original piece, actually points out that the Caller was wrong in its claim that the EPA is asking taxpayers to shoulder the cost of the regulations, and reiterates the fact that this is exactly what the agency is trying to avoid.

As a side note, dismissing Mother Jones as a “fringe” publication doesn’t make the Daily Caller‘s original story any less false. See David Corn’s piece for more on that front.