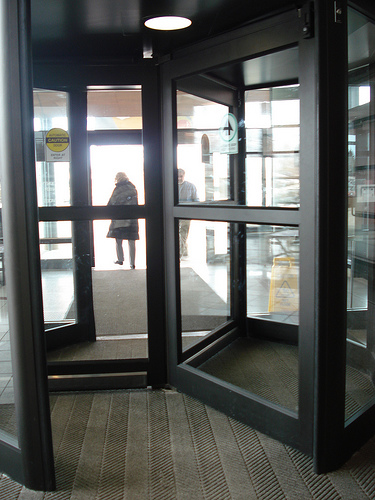 Environmental groups have been asking questions about the relationship between the top lobbyist for TransCanada and the State Department, which is currently evaluating the company’s proposal to build a 1,660-mile pipeline from Alberta, Canada, to Texas. Paul Elliott is now the director of government relations for the energy company TransCanada, but previously served as the national deputy director for Hillary Clinton’s 2008 campaign.

Friends of the Earth filed a Freedom of Information Act request several months ago to access communication between Elliot and State Department officials, which State denied. So FOE sued, and State eventually provided some of the documents, which the group released on Thursday. The Washington Post broke the story on what the email records contained:

See the whole piece for more insight on the back-and-forth between the lobbyist and federal officials. One thing that also struck me is the role of David L. Goldwyn, who was the US special envoy on energy until last January. In the emails, he seems to be coaching TransCanada about how to deal with various requests and questions. Now, Goldwyn says he didn’t have a role in drafting the environmental impact statement at State. But he would have had a role in decision about whether to approve the pipeline. Emphasis there is on the “would have,” though, because he left the department earlier this year for a private energy consulting firm. In that role, he has testified to Congress about the “importance of Canadian oil for US energy and national security” and advocated for the pipeline’s approval.

The second notable element is Elliot offering State his help in talking to the Canadian government about climate change, ahead of the 2009 UN meeting in Copenhagen. “TransCanada can be an asset for the state department and I hope you might see us as such,” he wrote in one email to a Clinton staffer.

Now, is this concrete evidence of ethical impropriety at the State Department when it comes to the Keystone XL consideration? I think the sad truth is that it probably isn’t. The revolving door between agencies and the oil industry is par for the course it seems.