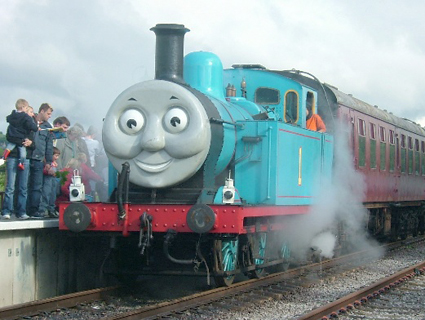 The citizens of Cobb County, Georgia, are currently mulling a proposal that would increase property taxes for 10 years in order to fund a new light-rail line between Atlanta to its suburbs. It’s a fairly straightforward proposal, the kind of thing that pops up all the time in communities across the country. But if there’s been one lesson of the past few years, it’s that mundane policy debates have a tendency to become a lot less mundane once tea partiers get involved.

In this case, the Georgia Tea Party is arguing that the county should abandon its light-rail proposal because if the light-rail line were to be completed, it would become a magnet for terrorist attacks. Here’s the group’s chair, J.D. Van Brink:

If anyone doesn’t believe me—England and Spain. Now, if we have a more decentralized mass-transit system using buses, if the terrorists blow up a single bus, we can work around that. When they blow up a rail, that just brings the system to a grinding halt. So how much security are we going to have on this rail system, and how much will it cost?

In other words, Van Brink is arguing that because terrorists fantasize about blowing up American infrastructure, we should avoid spending any money on infrastructure. Given tea partiers’ opposition to most forms of government spending and their worries that light-rail and sustainable development plans are part of a United Nations conspiracy to force people to live in miniature, lightbulb-less “Hobbit homes,” the terrorism concerns here almost seem like a dodge. But maybe Van Brink is on to something. Here’s what Al Qaeda’s new leader, Ayman al-Zawahiri, said in a video released in July:

The al-Qaeda network is fully prepared to continue the jihad against the American infidels by launching deadly attacks, but your outdated and rusting transportation infrastructure needs to be completely overhauled for those strikes even to be noticed. We want to turn your bridges into rubble, but if we claimed credit for making them collapse, nobody would ever believe us.

Or maybe not. That quote was from the Onion.