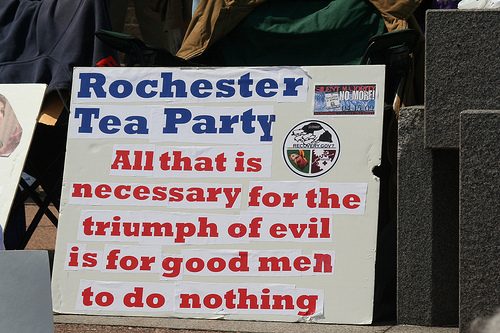 It’s hard out there for a tea partier.

The upstart conservative movement was all the rage in the summer of 2009, and channeled that energy into a wave of victories in the 2010 midterm elections, sending dozens of hard-line, intransigent Republicans to Congress. However, a new CNN/ORC poll (PDF) out Tuesday shows that the pendulum of public opinion has swung away from the tea party.