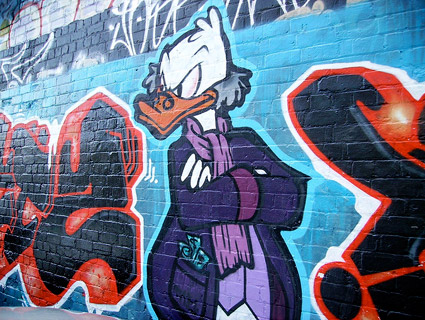 Occupy Wall Street has focused national attention on the vast majority of Americans who have been left behind by the economic growth of the past few decades. But if OWS is the voice of the 99 percent, who exactly are the 1 percent?

A quick look at the numbers reveals that they aren’t all bailed-out Wall Street execs or brokers pulling down fat bonuses. That’s just some of them: 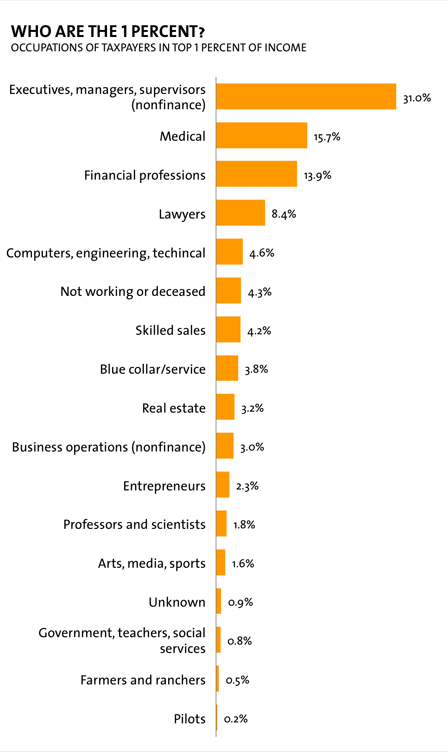 Even though the richest 1 percent of Americans don’t all work on Wall Street, they do control a disproportionate amount of its wealth, including nearly half of all stocks and mutual funds and more than 60 percent of securities. 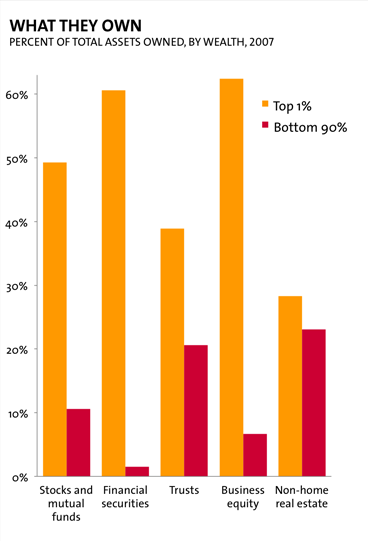 But you can’t beat this chart for the most dramatic measure of just how wide the gap between the tippy-top and the 99 percent has become. While incomes for the superrich have skyrocketed in the past three decades, most Americans’ have flatlined. 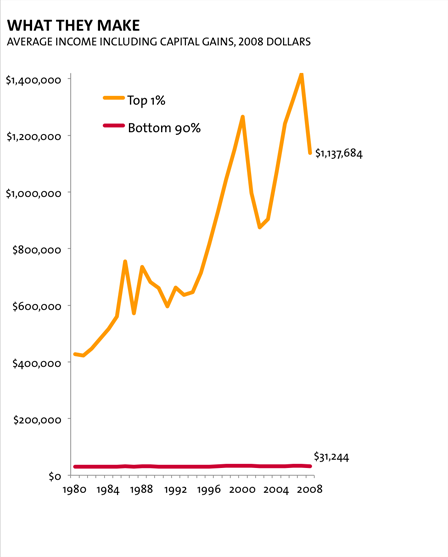