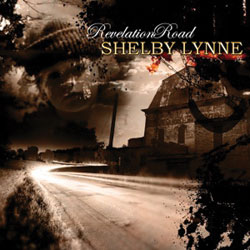 Liner notes: Shelby Lynne sets her sultry voice to a lazy shuffle, purring, “I should drive off of the road/I’m in a war I cannot win,” in an attempt to make sense of her mistakes.

Behind the music: Lynne won a Best New Artist Grammy in 2000, more than a decade after her first album. (She also played Johnny Cash’s mother in the 2005 film Walk the Line.) Launching her own record label last year, she took self-sufficiency to the next level with Revelation Road, producing and writing all the songs and playing all the instruments.