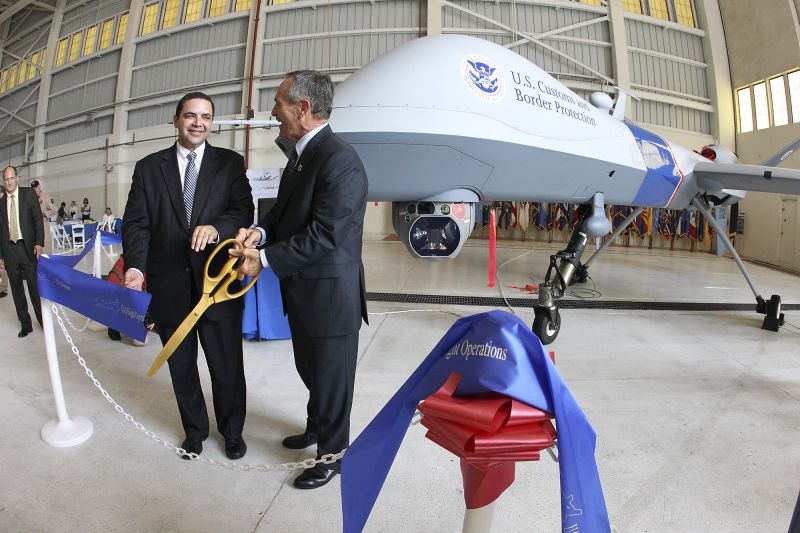 Alone among his Republican rivals running for president, the Texas governor has a small army at his disposal. Over the past three years, he has deployed it along his southern flank in a secretive, military-style campaign that his supporters deem absolutely necessary and successful and that his critics call an overzealous, expensive and mostly ineffective political stunt.

A hawk when it comes to Mexican cartels, Perry said in New Hampshire this month that as president he would consider sending U.S. troops into Mexico to combat drug violence there and stop it from spilling into the United States. . . .

Since 2008, with the support of the Republican-dominated Texas legislature and more than $400 million in taxpayer funds, Perry has pressed forward on his own version of a surge—called Operation Border Star—paying millions for equipment, weapons and the overtime salaries for sheriff’s deputies and local police to mount operations aimed at drug seizures and gang members…

According to the fact-checking “Truth-O-Meter” column in the Austin American-Statesman, “Perry’s claim that his border security efforts have led to a 60 percent drop in crime doesn’t hold water. The calculation he touts doesn’t consider crimes committed in cities and towns where most border residents live. It also compared two calendar quarters rather than weighing years’ worth of data.”

Meanwhile, a signature Perry program to employ technology along the border has fallen short. Running for reelection in 2006, Perry promised to line the border with hundreds of remotely operated cameras that would stream live video via the Internet and let “virtual deputies” anywhere in the world click onto the site and report suspicious activities.

Perry awarded $4 million in federal grant money (the Texas legislature declined to fund it) to the Texas Border Sheriff’s Coalition, which mounted 25 cameras.

A flood of viewers went on the Web site, but according to a progress report obtained in 2010 under the state’s open-records law by the Texas Tribune, the program did not come close to Perry’s goal of more than 1,200 apprehensions, producing only 26 arrests—at a cost of $153,800 each. . . .

“What we end up with are very few arrests and mostly apprehensions of illegal immigrants,” said Jose Rodriguez, a Democratic state senator from El Paso. “That’s all for show. No terrorists or cartel criminals.”

Instead of waging the war on drugs, Perry’s army has largely cracked down on undocumented immigrants. Sweeping them up as part of a massive cartel pushback could be a key piece of keeping Texans safe. But there just isn’t any data to support that claim.