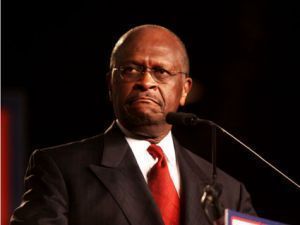 You’d think that after flubbing a question on Libya earlier this week in a meeting with the editorial board of the Milwaukee Journal-Sentinel, Herman Cain might have done himself a favor by reading a newspaper article or two on the subject, or maybe even just the Wikipedia summary. Instead, Cain went on CNN this afternoon and warned that “the Taliban” might take over the country now that former Libyan dictator Moammar Qaddafi is dead:

Now look, it’s fair to worry about how Libya’s transitional government will handle issues like the large number of armed militias or human rights and the rule of law. But this answer reflects particularly poorly on Cain, and not just because there is no Taliban in Libya, and no evidence that Al Qaeda is “going to be part of the government.” It’s because the only thing he was able to muster after minutes of hemming and hawwing during his disastrous meeting earlier this week was that he “would have done a better job” than Obama “of determining who the opposition is.”

Now how exactly is anyone supposed to believe that, as president, Cain would have done a better job of finding out who the opposition is when he can’t even be bothered to know who they are now?