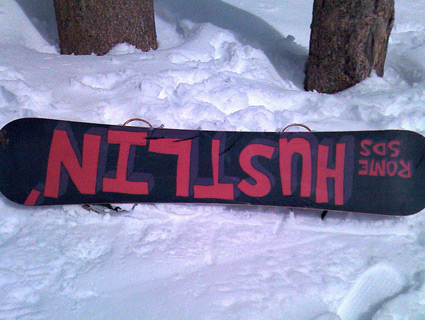 Nothing is off limits in rap music these days. The violence of American gangsta rap? American mainstream. Pervasive misogyny? Sure, why not? Cheerleading for ironfisted Islamist rule in Tunisia? Ain’t no thing.

But a rap song praising the transcendent, pharma-bashing power of Scientology?

That may be a new one.

Behold: the music video that officially makes all concept of satire irrelevant:

This song—which sounds like a cross between “Empire State of Mind” and Vanilla Ice’s Wisdom, Tenacity and Focus, with a melodic dash of the seminal “Smell Yo Dick—stands as the single most gangsta thing the Church of Scientology has ever accomplished (not counting their, you know, deep infiltration of the US federal government in the 1970s aimed at eliminating reports critical of the Church). The music video, originally circulated exclusively within church membership, was uncovered by Tony Ortega of the Village Voice, who writes:

We believe that the track is by “Chill EB,” a hip hop artist who credits Scientology with extending his career, such as it is. The name of the song is “Dauntless, Defiant, and Resolute,” the title track of Chill’s latest CD. (Chill himself doesn’t actually appear in the video.) The IAS [an acronym repeated five times in the song] is the International Association of Scientologists, a happenin’ organization for which Scientologists are constantly hit up for expensive memberships.

Baffling lyrical gems include (click here for the complete lyrics):

Giving solutions to the world and the whole human race/We ain’t never gonna back down, leave town, play the clown/Psychiatry and SPs you know we take ’em down!

Brings the calm and the peace/Helping all reduce crime – even the police/Psychotropic drugs – we’ll make a thing of the past/Expose the fraud of the psychs and watch them dwindle real fast.

And my personal favorite: