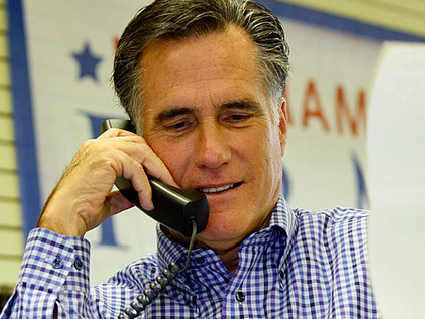 It has been said that Mitt Romney is awkward.

It is just a vicious rumor, of course; there is nothing to it. But the tag has stuck. Blame the Daily Show; blame the former Massachusetts governor’s GOP rivals; blame deadpan press reports like this one. Viewed in that light, Romney’s ordinary encounters take on an altogether different complexion. “Andrew is a great name; a lot of good Andrews out there,” he told a supporter in New Hampshire on Sunday. “Ian—that’s kind of a British name,” he told a man named Ian in October. They’re fairly ordinary statements (and both true), except Romney is considered awkward, and so those exchanges are, consequently, very awkward.

But there’s another way of looking at the wit and mannerisms of the occasional GOP frontrunner: underappreciated poet.

Consider this passage, from a November speech in Troy, Michigan:

I love the lakes.

I love the Great Lakes.

You know, we’ve been to Massachusetts—I love the ocean, too.

I do love the ocean. 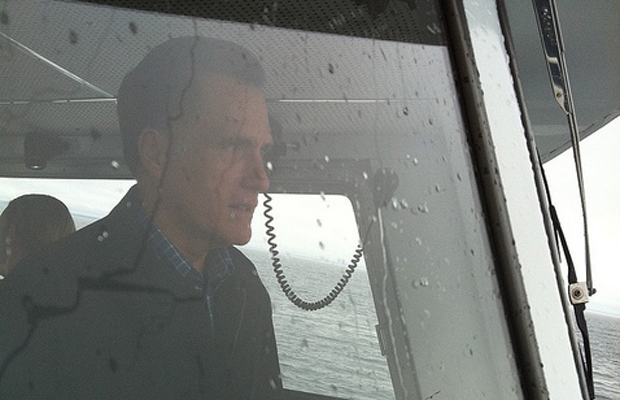 This composition, from July, is called “Des Moines”:

Romney dabbles. It’s the consultant in him, more focused on the act of identifying and solving a problem than on applying his own rigid methodologies. Here’s an example of a minimalist work, “On the Untimely Departure and Heavenly Ascent of the Golden Retriever Seamus Romney,” recited in Derry, New Hampshire:

This has been a mosquito-infested year with all the moisture.

It doesn’t quite pack the same punch when it’s spoken. This one, “Breakfast Special,” is only nominally about breakfast:

I saw the young man over there with eggs Benedict,

With hollandaise sauce in hubcaps. 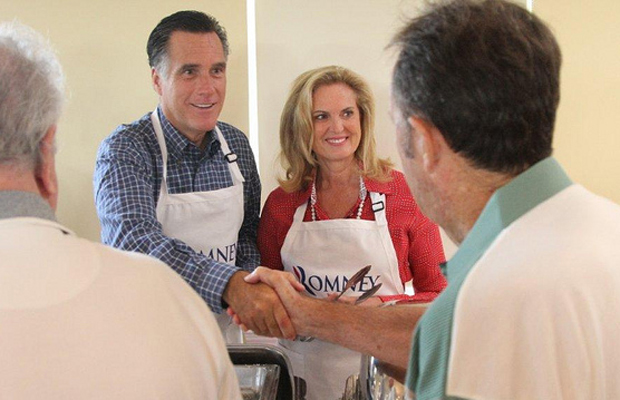 Mitt Romney/FlickrNot everyone gets Mitt Romney’s poetry. And that’s fine. Your ignorance is what drives Mitt Romney, what gives Mitt Romney that Mitt Romney edge. Omnipresent but often imperceptible, it forces its way to the surface when you least expect it, like an elephant seal struggling beneath an ice floe in the first throes of spring. To wit, “Baha“:

Who’s got your camera, though,

Who let the dog’s out,

And here’s a bonus volley (condensed and edited), via Emily Friedman. “Unleashed”:

Oh, this is great—

Today this is me,

Poetry’s great. Words. Aren’t they something?