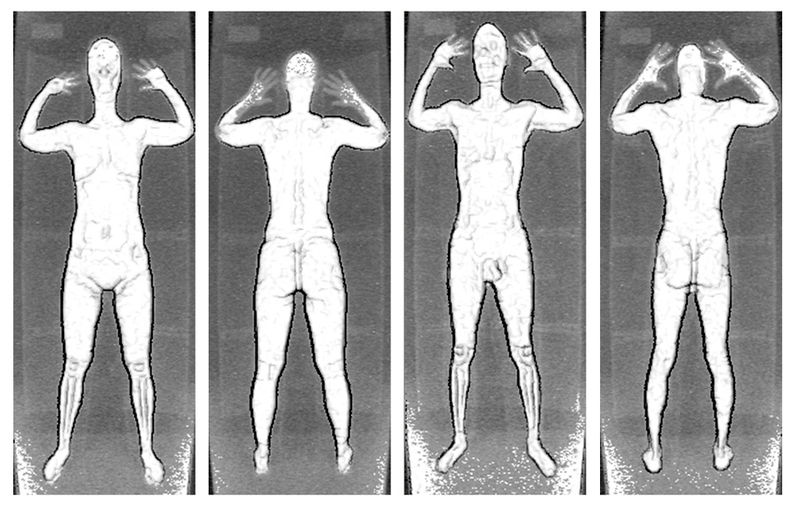 Citing health concerns, the European Union banned from European airports this week the same kind of X-ray scanners used by TSA in airports across the US. Here’s the EU’s wording:

In order not to risk jeopardising citizens’ health and safety, only security scanners which do not use X-ray technology are added to the list of authorised methods for passenger screening at EU airports.

The researchers’ names have been kept secret, and the report on the tests is so “heavily redacted” that “there is no way to repeat any of these measurements.”

European airports can still use alternative body scanners, including millimeter-wave scanners that use radio frequency waves not linked to cancer.